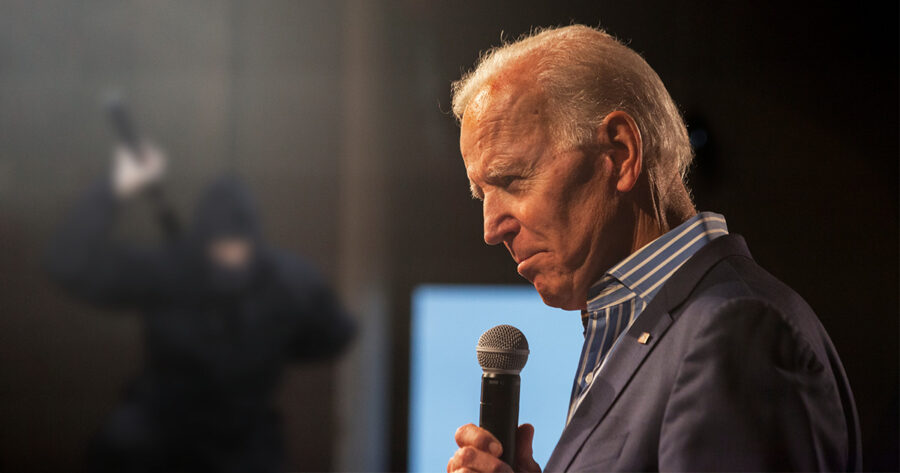 WASHINGTON — The White House has confirmed that President Joe Biden was kidnapped by ninjas this morning, adding that it didn’t seem particularly difficult for them to do.

“The president has been kidnapped by ninjas,” said White House Press Secretary Karine Jean-Pierre in an emergency briefing earlier today. “While we scramble to find a bipartisan group of dudes bad enough to take on this rescue mission, we can’t help but observe the alarming ease with which this group of street toughs were able to abscond with the leader of the free world. It’s concerning to say the least. Nevertheless, we will get Mr. Biden back just as soon as we make contact with him, at which point we are fairly confident we can convince him to come back with us.”

Many argued that this was merely the latest in a series of glaring errors from the 46th president.

“Geez, this guy can’t get anything right,” said Don Rodney, a local resident that’s been critical of the President. “The Afghanistan withdrawal, the fist bump with Mohammed bin Salman, the classified documents, and now this ninja blunder. It’s not great. How does the President get kidnapped right out in plain sight? I heard they didn’t even have to use force, they just asked him to come to the van and he sort of just moseyed over with them. Is that true?”

“Yeah, that’s Joe for you,” said a former security escort to the President who wished to remain anonymous. “When I used to work for him, he’d always point to strangers and ask me if he should go follow them around, and I’d say, ‘Absolutely not, President Biden,’ and he always seemed really confused. I knew it was only a matter of time before he fell into the wrong hands.”

As of press time, bad dudes Hunter Biden and Dan Crenshaw had been beaten to death by ninjas during an attempt at retrieving President Joe Biden.