Boyfriend Was Hoping for a Different Kind of Role-Playing 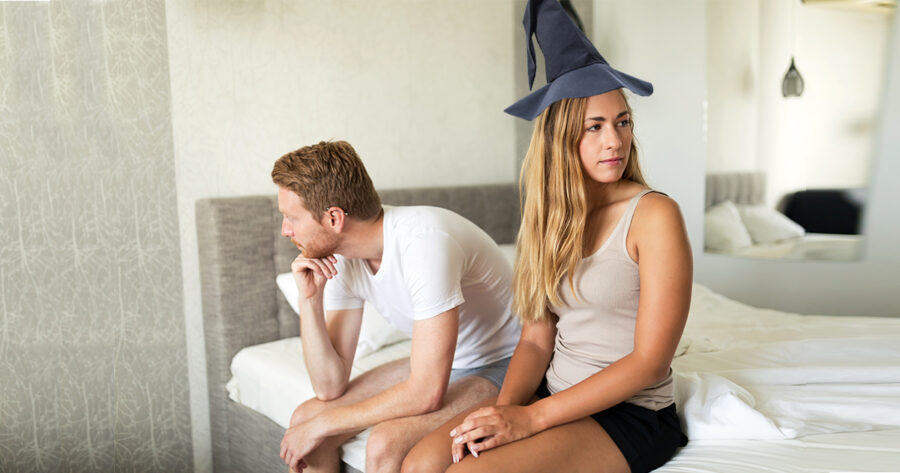 ST. JOSEPH, Mich. — Brian Freemont was dismayed Thursday evening after being promised a night of wild role-playing by his girlfriend Abbie Case only to be profoundly disappointed when he returned home to find Case dressed in a Cleric’s robe around a table with four other men known as the Southwest Michigan Area Role Players (SMARP).

“I get this text at work saying she got a special outfit for role-playing tonight, what was I supposed to think?” Freemont said. “Then I get there and she’s dressed like a monk casting something called Eagle’s Splendor on another dude she just met! She’s never casted Eagle’s Splendor on me and we’ve been dating for five years.”

Friends close to the couple say that this isn’t the first time there were mixed messages.  Last February, Case expressed interest in being a Dungeon Master and Freemont immediately spent hundreds of dollars on leather toys and accessories for the bedroom.

“Look, I love her and support her hobbies,” Freemont added, “but I wish she could include my interests too. Maybe dress up as Catwoman or Princess Leia.  Once I suggested she dress up as Phoenix, then she spent the rest of the night explaining to me how she could only be Dark Phoenix and that Dark Phoenix couldn’t mate with a human male because she only hungers for the energies of stars.”

Case said that she is not adverse to combining her interest in role playing and his interest in sex.  “I just don’t think Brian would take it seriously. One time I had him fill out a character sheet and he gave himself Plus 5 Charisma and Plus 3 Dexterity. I mean, c’mon. He didn’t even bother filling in any Proficiencies. If I’m going to be naughty in bed I need structure, accurate character sheets and lube.”

“I’m kind of Lawful Good on the streets and Lawful Evil in the sheets,” she added.

After checking his phone, Freemont looked up and reportedly smiled.

“She just said she wants to do Live Action Role Playing in the backyard, there is no way I’m misinterpreting what that means. Sounds super kinky,” Freemont said. “I might just show up completely naked.”