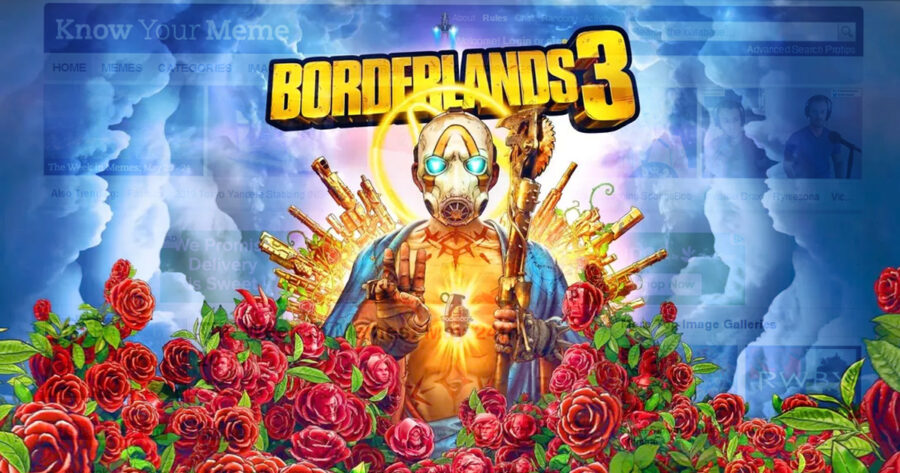 FRISCO, Texas — The writing team for Borderlands 3 has handed in the final draft of the game’s script after spending a single workday on the website KnowYourMeme.

“When [lead writer] Mikey Neumann left due to health complications, the only note he provided us was a link to KnowYourMeme.com and the sentence ‘MAKE SURE NOT ALT-RIGHT!’ in bold and underlined three times,” said co-writer and Gearbox intern Josie Ramirez. “We were initially worried about having to crunch, but once we saw that, we knew he had completed 90% of the script for us and breathed a sigh of relief.”

The creative minds behind the script gave a walkthrough of how the writing process went.

“KnowYourMeme is just the funniest shit on the web, so why wouldn’t we want to start there as well as end there?” said co-writer and janitor Cody Walker. “Me_irl, It’s Wednesday My Dudes, DickButt, MonkaS… this is the pantheon of great art for our generation. So if we want to make a video game that has artistic merit, we need to reference the great works of artists who came before us.”

“We even just downloaded the entire Deadpool section of the website. That whole thing will be ripe for future DLC,” Walker continued. “God, this game is so gonna be so sick. Just wait until you see the first boss, Harambe with his dick out shouting about his curvy wife!”

Reports indicated that upon reading the script, Randy Pitchford was seen screaming and threatening to beat up the writers for including a quest giver called “Randy Randy” who asks the Vault Hunter to “storm a castle and find my hard drive, unless you are the FBI.”