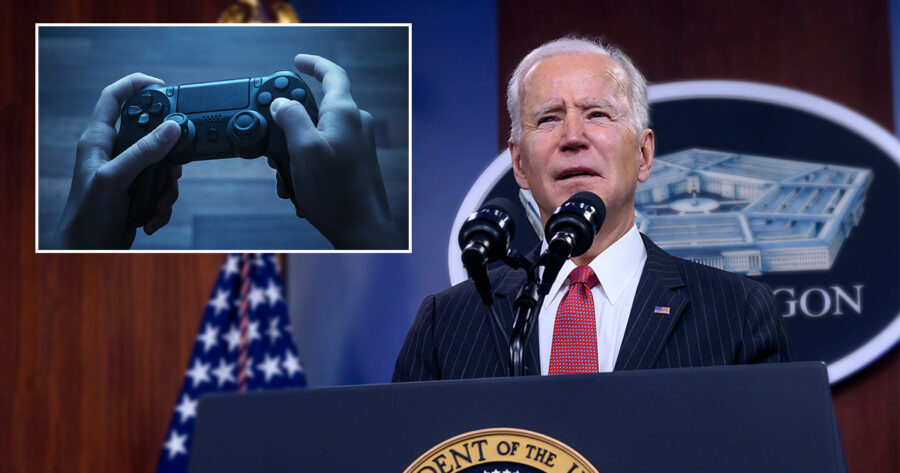 WASHINGTON — President Joe Biden has announced a sweeping gaming relief program that will forgive millions of Americans for the act of playing video games.

“There’s this huge amount of guilt and shame associated with playing video games, and it has gotten to the point where it’s holding a generation back. It’s time we give these kids a second chance,” said Biden at the signing ceremony, surrounded by a carefully managed group of gamers. “So, on behalf of the Executive Branch of the United States Government, I am saying: It’s okay to play video games. We forgive you. Let’s all move forward together.”

The executive action forgives up to 10 hours of gaming per week, limited to a list of common titles. Biden claimed the measure would help millions of Americans build new lives.

“We’ve got hard-working Americans who, maybe they play some Call of Duty at the end of the day to unwind. We’ve got college students playing Madden with friends. We’ve got Gen Z kids playing Fortnite or whatever,” Biden said, shaking hands with a gaming American from Ohio. “From now on, that’s going to be forgiven. Just, like, keep it under control. Nothing weird.”

Many ‘hardcore’ gamers claimed the measure was too limited to make a difference.

“Unfortunately, this isn’t going to do much for me. I’ve played League of Legends for ten years. Every day. Do you understand the societal and moral debt a person accumulates from that?” said local PC gamer Tyler Zimmerman. “I could get a haircut, find a job, move out of my parents’ house, all that stuff, and I still wouldn’t even come close to paying it off. It’s over for me.”

At press time, Republicans had already issued a statement condemning the measure, claiming the decision to game should haunt a person for the rest of their lives.