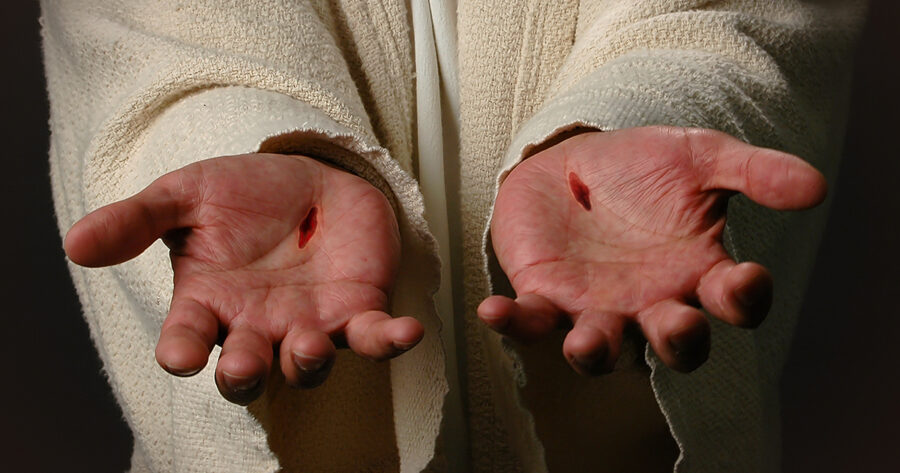 VATICAN CITY — Bible Scholars have determined that Jesus Christ’s hand injuries, previously thought to have been caused by crucifixion, were actually the result of a rousing game of Mario Party for the Nintendo 64.

“I can’t believe we never made the connection until now,” said Dr. Tom d’Aquino, head of Biblical Studies at Loyola University. “It’s so obvious in hindsight. Jesus was never crucified, he just really needed to win Tug-’O-War to get the minigame star. What we initially thought were paintings and drawings of crosses were really just rudimentary representations of the bizarre 3-pronged N64 controller.”

“We’re beginning to realize that the entire bible was mistranslated. For example, the part about how Jesus spent 40 days in the desert being tempted by the Devil? He was playing a 40-turn game on the Spiny Desert board from Mario Party 3.”

After months of internal deliberation, the Vatican issued a statement stating that the findings were true, and that the Church is currently in the process of updating the bible to reflect the newfound focus on Mario, Peach, Toad, and all their friends. The Pope has warned followers to be careful in this time of transition, as the Devil — now known to religious scholars to go by the name of Bowser — may try to lead good Christian Mario Partiers astray.

In a statement this morning, Pope Francis wrote that “…any suggestion that the players should travel the board together in a car is pure heresy and an affront to our God-given free will.”

At press time, the Church was preparing for a Third Vatican Council, where Pope Francis is expected to announce the addition of a Duel Mode, as well as canonicalizing Daisy and Waluigi as Saints. However, in a stunning last minute upset, it was revealed that Cardinal Reginald Feesemei was somehow awarded the Pope Star and thus became the new Pope, in a move that former Pope Francis described as “…completely random and out of nowhere, but it is said that God works in mysterious ways.”