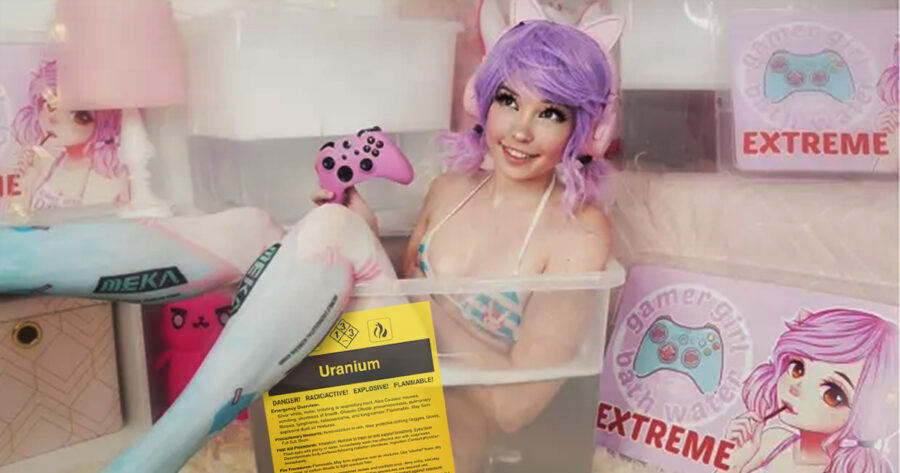 WASHINGTON — The FBI confirmed today that viral internet celebrity Mary-Belle Kirschner, better known as Belle Delphine, has been taken into custody for her attempt to sell gamer girl uranium to the North Korean government.

“We have taken Kirschner into custody for her conspiracy to sell nuclear supplies to North Korea,” said FBI spokesperson John Alden in a prepared statement. “Based on our initial investigation, we believe that North Korean officials set up this sale not only to acquire the uranium, but more importantly for the purpose of meeting Kirschner in person. This is consistent with financial records we retrieved which indicate that Kim Jong-Un himself was a majority purchaser of her ‘gamer girl bath water’ last July.”

“Our experts on the ground in North Korea have confirmed that King Jong-Un specifically requested that the uranium be ‘extra kawaii,’” Alden added.

Upon raiding Kirschner’s residence, the FBI says it found a much larger stockpile of gamer girl uranium than expected.

“On the Kirschner property we recovered enough gamer girl uranium to supply the nuclear program of a very small and cute country,” continued spokesperson Alden in his prepared statement. “Gamer girl uranium is not like other types of uranium. This uranium is enriched with a combination of both gamer isotopes and girl isotopes when a gamer girl lies in a bathtub filled with unenriched natural uranium. It is this deadly combination that gives it a unique pink glow and the potential to wipe humanity off the face of the Earth.”

“We don’t know exactly how Kirschner acquired natural uranium in the first place,” he explained, “but we have taken in several of her stans who work in the chemical engineering industry for questioning on the matter.”

As of press time, the most recent appearance from Kirschner has been from inside of her maximum security holding cell, in which she has been seen streaming and showing her viewers how to make a wide variety of gamer girl shanks and shivs.