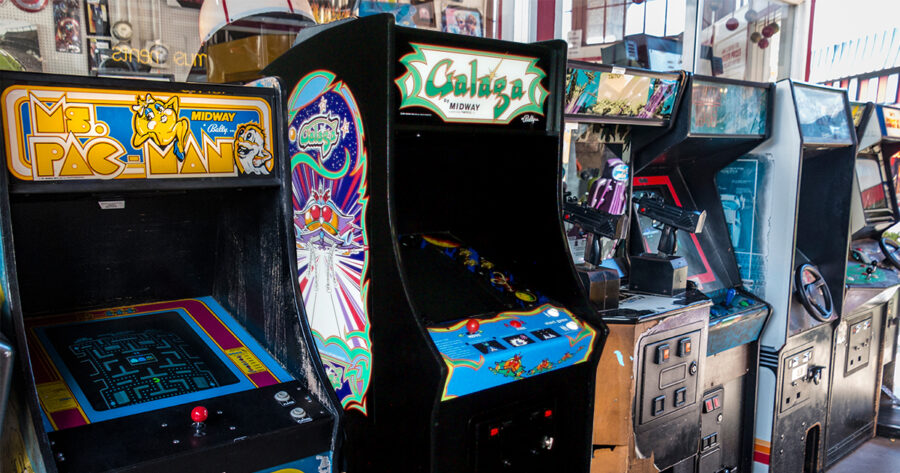 CHICAGO — While patrons of local bar and arcade Headquarters Beercade roughly mashed buttons and joysticks late Friday night, Galaga cabinet SN:GLGA488459 revealed that it has reportedly put in applications to what it considers a “real arcade.”

Reflecting on its time at HQ Bearcade, the arcade game hardware recalled patrons spilling beer on it “constantly” and management “barely acknowledging I exist.”

“For days, I would be unplugged and nobody cared,” explained GLGA488459 as a customer ate mozzarella sticks over its controls. “It would be nice to be somewhere where I’m valued for what I have to offer, rather than being literally free to play because they’re too lazy to fix my coin slots.”

When asked what it was looking for in the new job, the cabinet beeped wistfully and was silent for a moment.

“You know, like most folks born in the ‘80s, I’m starting to feel like I’m hitting my peak years and I just want to make the most of them. Sure, what I have to offer is a little outdated, but I could really shine if I felt like someone really invested in me; you know, upgrade my old CRT monitor to an LCD display, maybe fix the speaker someone spilled gin & tonic into last year…” GLGA488459 said, trailing off. “I’m just trying to make it in a dying — sorry, a changing — industry.”

A few moments later, before being chosen as the third, unwilling participant in a make-out session between two bar patrons, GLGA488459 made a few predictions for its upcoming career move.

“I was kind of hoping that a nerdy coffee shop or even a comics store might accept my application, but, to be honest? I’m most excited to hear back about the arcade at the GrubHub office.”