Avoiding Controversy: Players in Madden 19 Do Not Have Knees 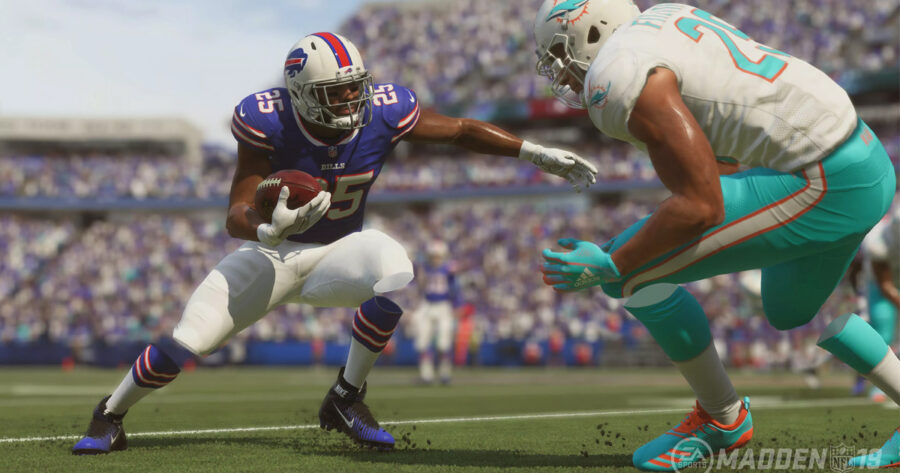 MAITLAND, Fl. — In a major change for the incredibly successful series, player avatars in Madden 19 will reportedly feature legs without knees, a response to the recent protest controversy surrounding the national anthem at NFL games.

“In response to pressure from major stakeholders, EA Tiburon removed knee renders from all player avatars in Madden 19,” said Larry Probst, Executive Chairman of EA at a press conference earlier today.  “This affects players across all teams, but only players. Coaches, refs and fans will all still feature knees. Think of it as Madden meets Rayman. Now, all the players look like Rayman.”

The innovation appeared to be met by intense confusion and skepticism from gathered fans and journalists alike.

“That doesn’t solve anything,” said Dana Strauss, a self described Madden obsessive.  “Taking away their knees doesn’t really change any of the issues at hand does it? Also, how will I run out the clock as the quarterback if I can’t kneel?”

Though the crowd was vocally opposed, Probst continued to present the advantages he felt the changes posed.

“This change to the core gameplay introduces some truly exciting strategic elements,” he claimed.  “With our advanced physics engine, you can now throw the ball through the player’s exposed knee-hole if that hole is big enough. These NFL players are pretty big guys, and they’re modeled to scale. Ever wonder which players have knees as big as footballs? You’ll find out in Madden 19!”

When reached for comment on the controversial change to his iconic sporting franchise, John Madden voiced his support.