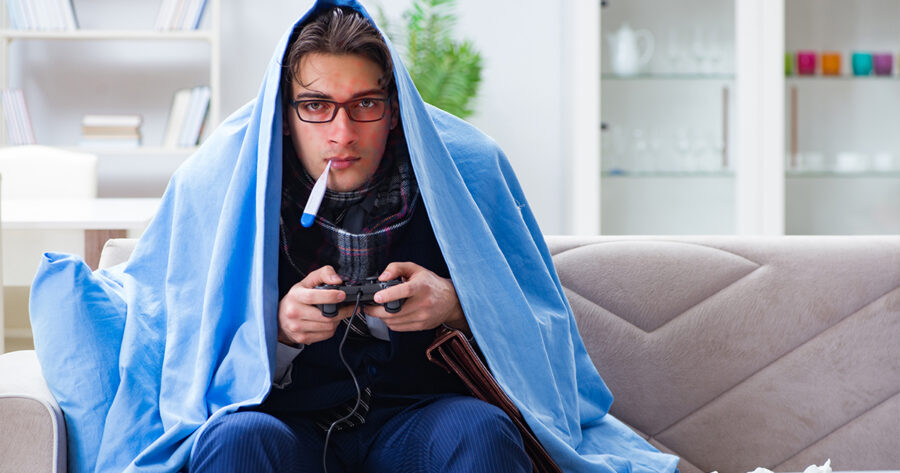 WINTER PARK, Fla. — Dylan Kirkpatrick, an avid gamer and anti-vaxxer, was thrilled to discover this week that he had been granted early access to one of the year’s most exclusive diseases: measles.

“Once I realized that what I had contracted wasn’t any ordinary rash, but actually turned out to be the measles beta, I was really pumped,” said Kirkpatrick, coughing. “I love a good challenge, as long as it’s not too intense, like Dark Souls or autism, which is absolutely caused by vaccines.”

Although he had only been exhibiting symptoms for a few days, Kirkpatrick was already impressed by measles’s core mechanics.

“This cough is the driest cough I’ve ever had, and something you wouldn’t expect with a skin disease. The runny nose is runny, but doesn’t draw attention from the rest of the symptoms. The sore throat explores soreness in a way I’d never felt before,” rasped Kirkpatrick. “I’m almost speechless.”

“People infected with ‘vanilla’ measles often pick up other diseases in the same session — which can all stack together for a multiplier effect — depending on their immune-style,” Kirkpatrick explained. “I went with the bacterial ear infection path, but I hear the pneumonia and bronchitis trees are pretty intense.”

“Some people even go with encephalitis, which I hear has some really punishing DPS.”

Kirkpatrick said that measles had the potential to be the next big gaming craze.

“My top fever was 102°F, but you just know once more kids get into measles, they’ll be posting up numbers like 104°F, 105°F,” Kirkpatrick laughed. “Every kid in school will have to get it. I’m sure you’ll see a mechanic like this in Fortnite before long as they try to keep up.”

Before collapsing from pain, Kirkpatrick said he couldn’t wait to share measles with all of his anti-vaxxer friends, since he has an unlimited number of invites to sign others up for the beta.