Anthony Davis Evolves After Being Traded 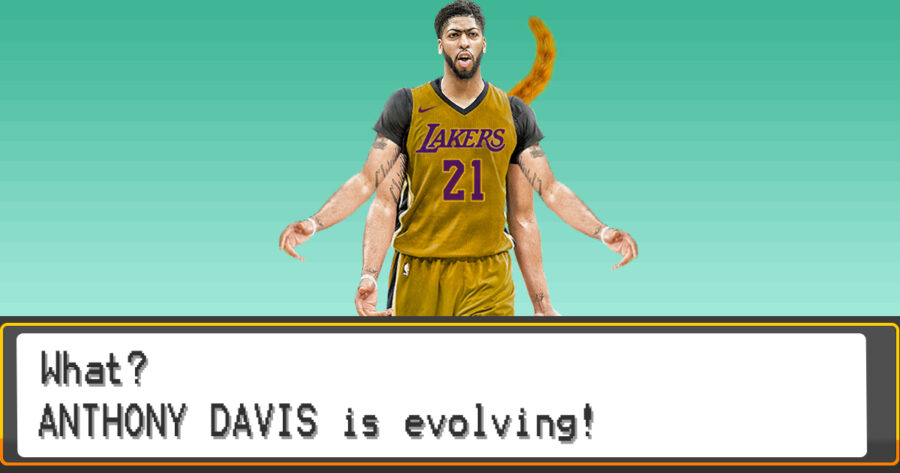 LOS ANGELES — In a rare sporting event, NBA All-Star Anthony Davis has evolved into Anthochamp Davis this afternoon, after being traded from the New Orleans Pelicans to the Los Angeles Lakers.

“This is truly one of the great NBA stories of 2019! Many believed Davis already evolved once in his career when he made the leap from perennial All-Star to MVP candidate,” said ESPN writer Zach Lowe, “but this is a whole new thing. Anthochamp has four arms and is literally 12 feet tall. Reports are saying that he may even learn Double Dunk, which is when you generate a second basketball and dunk it along with the first. It only has a PP of 10, though.”

“My former boss Bill Simmons has just been texting me the poop emoji for six straight hours.”

Lakers brass were thrilled to discover their major acquisition has already improved his game in a number of areas.

“There are so many things that Anthochamp adds to the roster,” said Laker’s coach Frank Vogel. “Having a player with a sentient, six-foot tail opens up a lot of defensive possibilities, we might even be the first NBA team to successfully implement a zone defense. As long as the tail doesn’t count as a sixth man.”

“Even then, fuck it, I’d rather start Davis and the tail than Kentavious Caldwell-Pope.”

The Pelicans organization, meanwhile, was furious after news broke about their former star’s transformation.

“It’s a huge disappointment that we never got to see this form of Anthony Davis play in a Pelicans’ uniform,” said New Orleans executive vice president of basketball operations David Griffin “It is outrageous the league refuses to veto this trade when we had no idea this was a possibility. How were we supposed to know a select group of players were capable of evolution via trading?”

“We tried giving [one of the players we traded for Davis] Lonzo Ball a Moon Stone,” Griffin continued, “but he hasn’t grown a single goddamn arm.”

Sources around the league are reporting that the Washington Wizards have tried to convince teams that John Wall, holding a pair of fresh Achilles tendons, is EV-trained and could also evolve once traded. This reportedly drew limited interest.