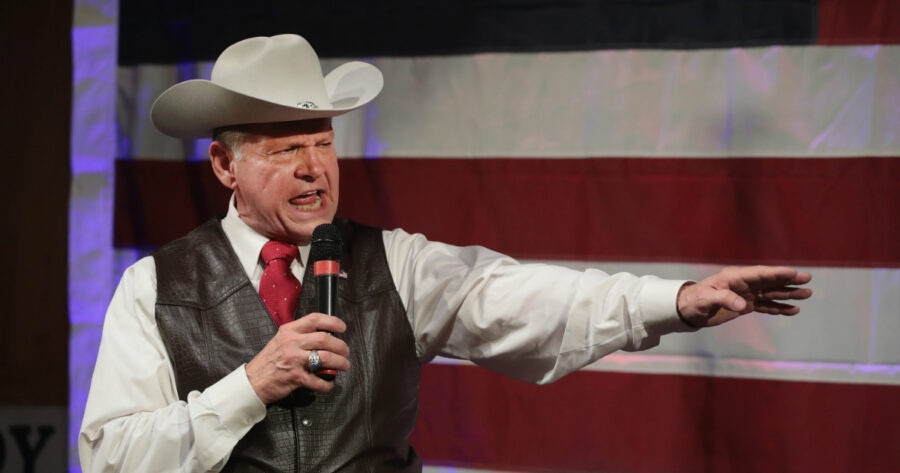 MONTGOMERY, Ala. — Roy Moore promised to bring his values to Washington by making the nation backwards compatible during a rousing speech from the state’s capitol, today.

“Our country has been updated in such a way that I can no longer recognize it,” the former state Supreme Court Chief Justice said. “A country in which any citizen can choose their own gender? We must return America to a simpler time: where someone just told you what sex you were and that is how you played the rest of your life without question and you were happy because you didn’t know the idea of choosing was even possible.”

“Honestly, if everyone only had room for four to six character spaces in their name, that would make me even happier,” said Moore.

Moore was inspired to run on his platform of backwards compatibility after he was first removed as Chief Justice in Alabama for attempting to install a Ten Commandments mod to the rotunda of Alabama’s Supreme Court.

“I made a vow that day to restore our moral values to what our original developers intended, which is a country that exclusively runs Christianity and that is it. All these religion expansions like Islam and Buddhism have made things too complicated. It is time to go retro,”  Moore said.

“I just want to play Vanilla United States,” said Moore to an audience of cheering donors.

As his speech reached a crescendo, Moore summed up his feelings.

“They can keep trying to shove down our throats the idea that this country is only good if we have all sorts of different functionality and state of the art features but I know there are millions of people in this country, like myself, who want to experience the nostalgia of a past life and we ought to have support for that,” Moore said to raucous applause.

“Also fuck VR,” he added before leaving the stage.