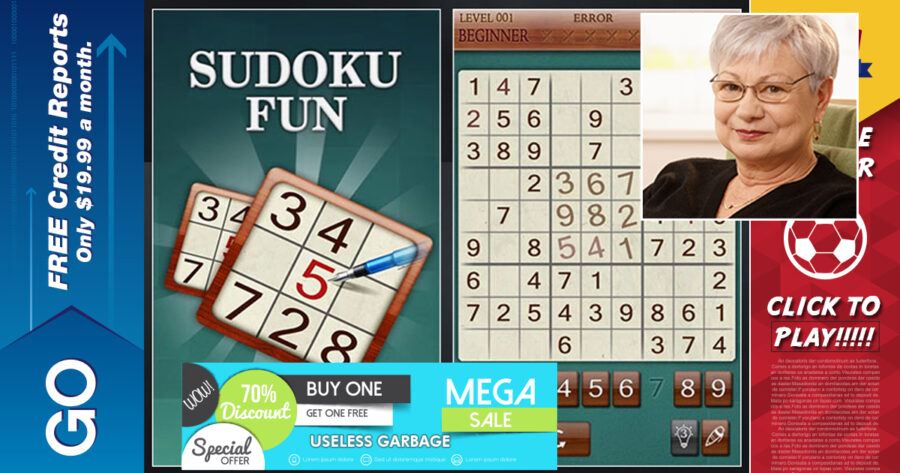 MUNCIE, Ind. — Linda Schulte, mother for 34 years and recent smartphone owner, announced in a Facebook post today that “Too Much Sudoku,” a free-to-play mobile application based on the popular puzzle game, had established itself as frontrunner for her 2018 “Game of the Year” honor.

The post has since received recognition from across Schulte’s social network, including five “Likes” and one “Wow” Facebook reaction, as well as two comments.

Regarding other buzzed-about titles, including “Florence” and “The Room: Old Sins,” Schulte stated: “dont know if ill be able to upload these but ill try!!! (son helped me get sudoku on my phone).”

A follow-up reply asked if her entire list of Facebook friends could see the post, which she explained was “supposed to just be sent to deb.”

Since acquiring an 8GB iPhone 5C from 31-year-old son Randall, Mrs. Schulte’s gaming habits have changed significantly. Previously, friends and family had known Schulte as “the Jumble queen,” a reference to her skill with the popular syndicated puzzle series.

The installation of “Too Much Sudoku” has led to what Schulte described as “an obsession” in a subsequent Facebook post. “Someone help me to stop playing these addicting sudokus,” said Schulte, before “Haha” reacting to her own post.

Randall Schulte, the second of three children in the family, has also observed the effect the game has had on his mother. “She ran out of memory and started deleting photos of her dogs,” said Schulte. “Photos of grandchildren. I was like, ‘Just get rid of the Sudoku app’ and she swatted me.”

Thanks primarily to Schulte’s endorsement, Too Much Sudoku is expected to garner multiple nominations for this year’s D.I.C.E. Awards, an annual ceremony honoring the best in interactive entertainment hosted by The Academy of Interactive Arts & Sciences (AIAS).

In January IGN gave Too Much Sudoku a 8.8, calling it “a unique combination of number crunching and tic-tac-toe-like strategy that will satisfy fans of puzzlers, even if it doesn’t push the technical envelope.”