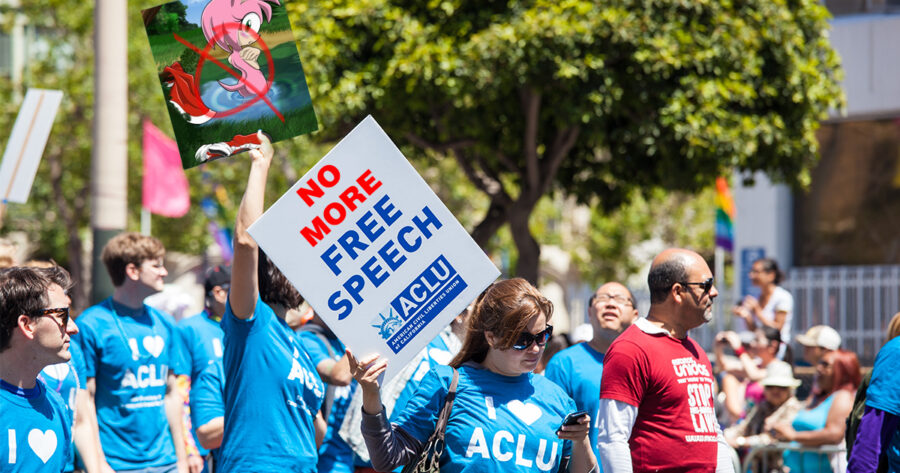 NEW YORK — In a press conference today, American Civil Liberties Union president Susan N. Herman announced that the organization will “reconsider and reexamine” its stance on the First Amendment to the U.S. Constitution after ACLU lawyers became aware of the existence of fan art featuring characters from Sonic the Hedgehog.

Founded in 1920, the ACLU has spent the better part of a century advocating for the cause of free speech, going so far as to defend the rights of an American Neo-Nazi group to hold a rally in a primarily Jewish suburb of Chicago. “However,” according to Herman, “Once you see a pregnant Sonic eating Dr. Robotnik’s ass, you have to ask yourself whether or not we’ve become overzealous in our absolutist defense of the First Amendment.”

As part of the organization’s changed thinking on the topic of free speech, they are proposing a new constitutional amendment which would replace the First Amendment to explicitly deal with what Herman sees as an “affront to basic human decency and biological reality.” The new amendment reads: “Congress shall make no law respecting an establishment of religion, or prohibiting the free exercise thereof (unless your god is Sonic); or abridging the freedom of speech, or of the press (excepting for depictions of Sonic participating in morally or sexually transgressive acts); or the right of the people peaceably to assemble, and to petition the Government for a redress of grievances (barring protests regarding Sonic OC).”

Read More From Hard Drive: Sonic the Hedgehog Visits Sick DeviantArt User for Make-A-Wish to Tell Him His OC is Canon

This move has been criticized sharply by the Sonic fan art community. Spokesperson for the SYA (Sonic Yaoi Association) claambeonXvic said in a statement released on the group’s Deviantart page, “It is unconscionable that the ACLU would try to attack our freedoms in this way. The founding fathers strongly believed in the free and open exchange of ideas, which obviously includes drawings of Tails pregnant with Knuckles’ son, as the bedrock of this great society.”

“If the founding fathers were alive today,” the statement went on to say, “George Washington and Thomas Jefferson, upon seeing what has happened to our Sonic vore art, would first be aroused and then greatly angered.”

Responding to this criticism at a press conference today, Herman defended her organization’s move saying, “There’s no way the framers could have predicted the depravity of modern Sonic OC. We’re simply arguing for common-sense fan-art control. The average American citizen should not have access to this level of Sonic piss-play. You just don’t need it.”