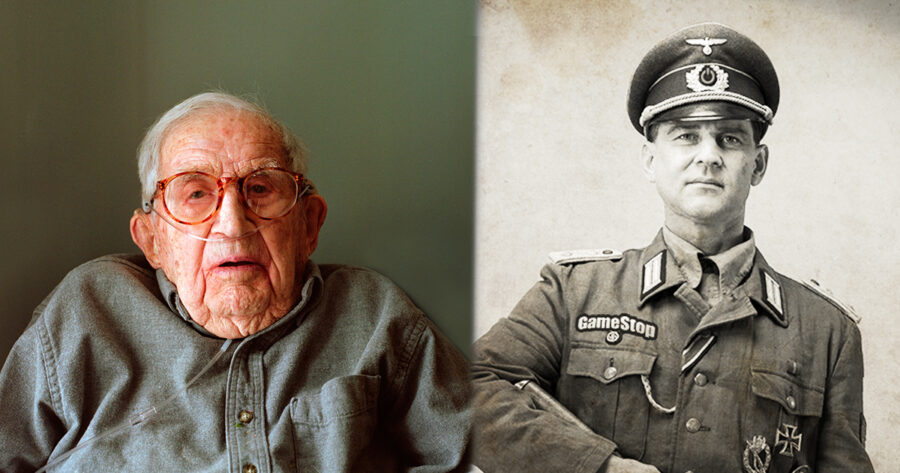 HAGUE, Netherlands — On trial for a litany of crimes against humanity, ninety-nine year old former GameStop employee Max Sheehan insisted he was merely following orders from his bosses.

“I know I did terrible things, but I did them because I was scared, hopeless and behind on my pre-order numbers,” said Sheehan testifying in a bulletproof case at the International Criminal Court.

“It was a ruthless system that sucked the humanity out of you and made you a cog in a brutal unstoppable machine,” he added, sobbing. “Anyone who tried to fight back was locked in a storage room and forced to listen to those GameStop promos they play in the store on repeat for hours. That is how they broke us.”

“I can’t even tell you how many moms fell victim to our regime. I hope I am forgiven in the life after this,” he wailed as he slumped against the bulletproof glass. “I was just following pre-orders.”

Sheehan was notorious during his 13-year tenure as a GameStop employee at the Midland Park branch in New Jersey. Nicknamed “The Trade-in Nazi,” legends of his lowball offers for used games were well-known within the North Jersey gaming community.

“One time he asked me if I wanted to pre-order GTA IV and I said no,” testified Brian Robertson, one of many victims to made their way to The Hague to submit testimony in the trial. “He then asked me to step behind the counter and took my hand and ran it up his back. It was littered with wounds from what felt like a whip. I pre-ordered on console and PC. I hope he burns in hell.”

Sheehan, who started working at GameStop in 1999 and stayed with the company until 2012 immediately went into hiding in South America after the extent of his crimes broke out.

“South America is a notorious hiding spot for ex-GameStop employees trying to skirt the law but today shows justice knows no bounds,” lead attorney Patrick Smite said at a press conference outside of court.

“Consider this a warning to all former employees that we are coming and justice will not rest until you are all behind bars or at least give me fair value for my Nintendo 64 because I see you assholes selling them for seventy dollars and you only offered me ten” he added while pounding the podium with his fist.

After being found guilty Sheehan was sentenced to death and was executed at midnight, being buried alive by unsold FunkoPops.