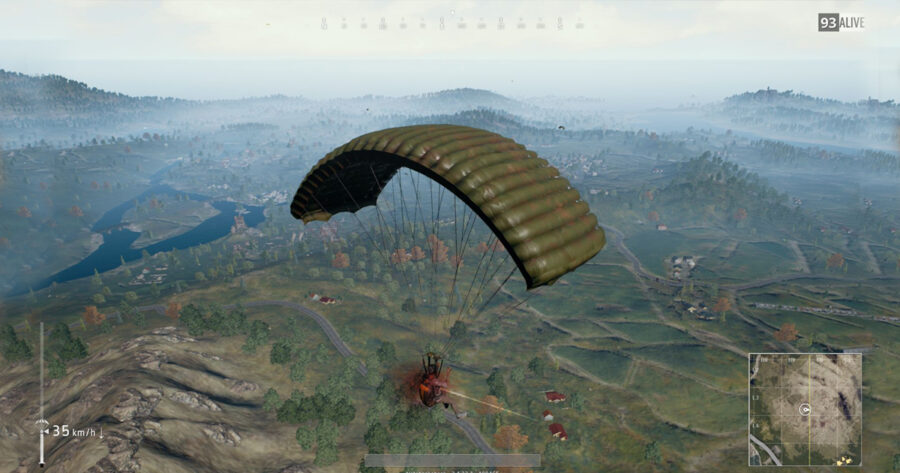 FARMINGTON, Mich. — “PlayerUnknown’s Battlegrounds” player Kevin Snead finished in fourth place in a solo match lasting 52 minutes. Feeling confident in his abilities, he then went on to play 50 additional matches that lasted 2 minutes each, according to close sources.

“I was pretty amped about the fourth place win so I started another match,” Snead told reporters, sighing. “I ran around for a while and threw a punch but yeah, I got killed by some dude with an Uzi pretty quickly which I chalked up to bad luck. Oh how naive I was back then.”

Other heartbreaking matches included death by frying pan, being ran over with a vehicle while attempting to cross a street, multiple occurrences of being shot in the head by hackers halfway across the map, and one red zone death.

“Literally never died in the red zone before and then somehow I landed in the middle of it?”

In every one of the 50 two-minute matches, Snead failed to break the top 90.

“My best for the whole day was that fourth place finish. My second best was a 94th-place finish and that’s only because there were a lot of bots on the plane trying to farm schoolgirl skirts,” said Snead.

Perhaps most humiliating was when Snead landed on top of a building in the new map and found an incredible cache of weapons and gear.

“I had a level 3 backpack, a level 2 vest AND a level 3 helmet right off the bat,” he said. He also found an SKS, 8x scope, full med kit, and S12K with extended clip. “I was so excited I accidentally hit space bar and jumped off the roof. It took my girlfriend four hours to talk me off mine.”

Snead tries to look on the bright side. “It sucks to get knocked out of the matches over and over again, but at least I’m not playing on Xbox.”