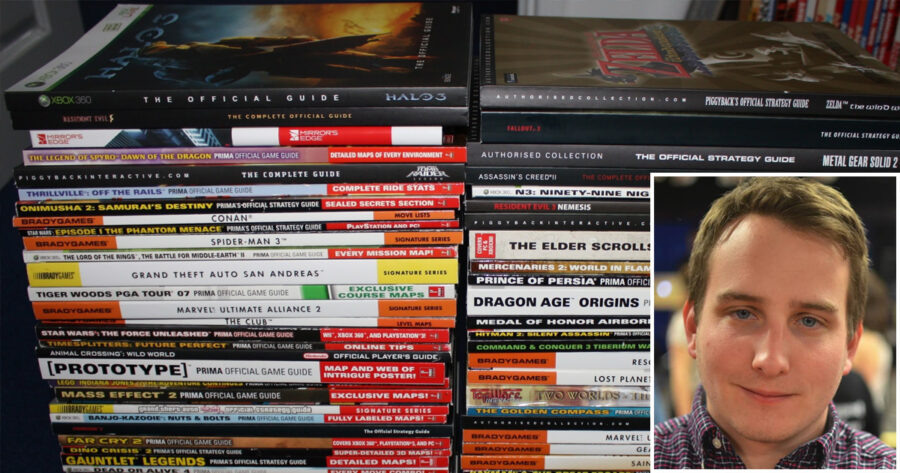 ITHACA, N.Y. — Sources report that Manuel Contreras, a 35-year old bachelor, was recently recognized purchasing a God of War strategy guide, despite his pathetic efforts to hide his shameful actions.

“I uh, I hope this is the right one,” Contreras told the cashier at GameStop, clearly lying.  “It’s for my kid. He’s uh, sick. Really sick. He gets confused.”

Released surveillance footage shows Manuel entering the store wearing a baseball cap and staring directly at the ground for close to ten minutes. Sweating profusely and avoiding interaction with all co-workers, the weakling then proceeded to browse the store’s used game selection for an extended period before grabbing the strategy guide and approaching the counter.

“We thought he was gonna shoot up the place at first to be honest,” said GameStop employee Ben Bryant.  “He was acting really weird. He walked like he had to take a shit or something. When he came up I was expecting him to give me a note that said I was being robbed, but I guess he just wanted to buy that strategy guide. How pathetic.”

Witnesses claim that Contreras was confronted on his way out by a customer asking him how he slept at night.  After a brief commotion he reportedly sprinted to his car and sped away.

“He started screaming about how the book was for his daughter and how he just needed something to go right in his life,” said GameStop customer Patricia Bauer.  “Then he said he’s never even been here and ran away.”

Bryant disputes this the validity of his claim, citing Contreras’ current PowerUp Rewards balance of 46,300 points.