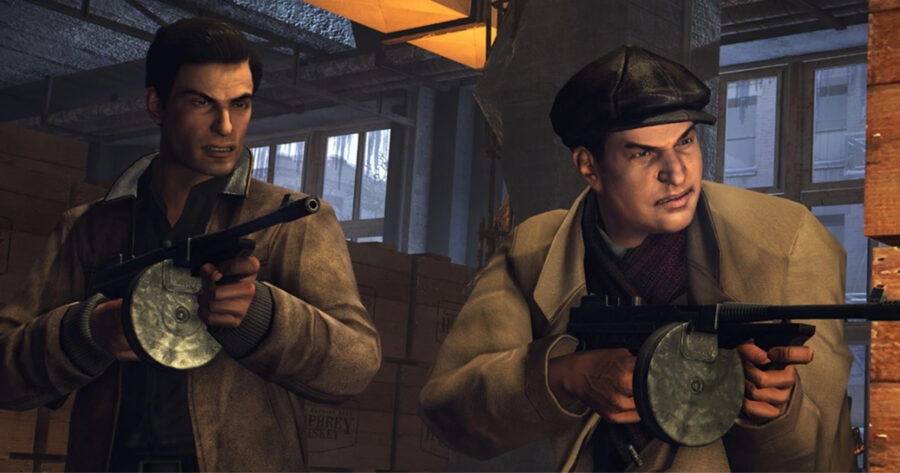 NOVATO, Calif. — 2K Games has revealed that their in-development Mafia prequel will feature fully motion-captured mafiosos for the first time.

“We’re really taking this one to the next level,” said Albert Higgins, a lead designer on the upcoming title . “We’ve been able to make the characters do some pretty cool things in the past, but we’ve never seen this level of authenticity before. We had Luca Monsali in here and he ended up putting a few of the mocap guys in the hospital. You hate to see it, but we got it all recorded, and they’re doing mostly okay! You’re not gonna believe this game when you see it.”

Monsali, known as the Chicago Shellacker, reportedly misunderstood the process at first.

“They tell me they’ll pay me to consult on a video game, next thing I know three fuckin’ guys are trying to put the biggest wire you ever seen on me,” he said. “Now, I may be outnumbered, but I could these guys were fuckin’ dorks, so I threw ‘em around a little bit. No big deal. Then they explained what was goin’ on and I calmed down a little bit. Fuck do I know about motion capture?”

“Still, I gotta say,” he continued. “I feel funny wearing all this shit. Don’t tell no one you saw me down here, got it? Hey, what are you writing that down for?”

As of press time, Luca Monsalli was insisting that he was merely portraying a garbage man in an upcoming garbage man simulator game.