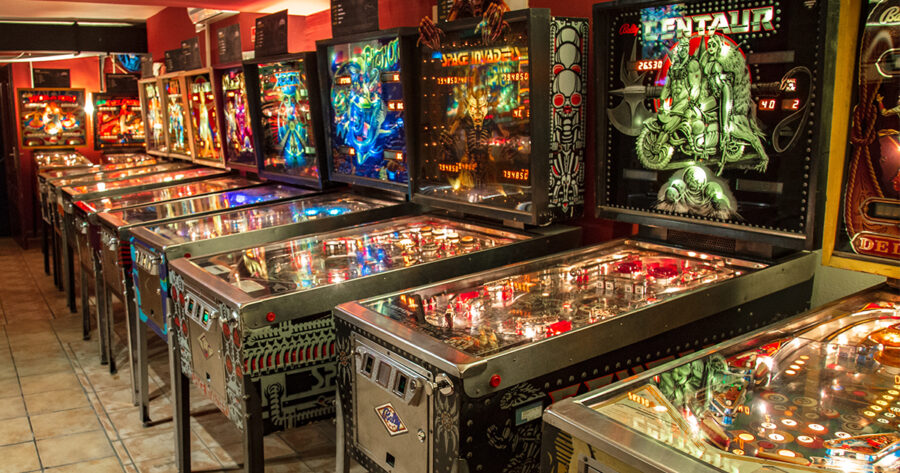 KINGSLEY, Mich. — Hundreds of workers lost their jobs yesterday at the Consolidated Bearing factory, the nation’s largest producer of 1-and-1/16 inch steel balls for arcade pinball machines. The layoffs were privately announced to over two hundred workers at the factory which has become the latest victim of a faltering pinball market.

“I’m finished. My manager called me into a room and now I don’t have a job,” said recently fired employee Rob Hooke. “What am I supposed to tell my family? Tonight I have to look my son in the eyes and tell him that nobody wants to play a game version of The Addams Family made out of flippers, bumpers, and springs. It’ll destroy his world.”

While details of the severance package are secret, it has been rumored to include six weeks pay, an education voucher, and “as many 1-and-1/16 inch steel balls as [employees] can fit in [their] pockets.”

“Thirty years forging metal balls into the precise diameter and weight to fit into pop-culture-themed pinball tables, and this is what we have to show for it,” said visibly disgruntled CEO of Consolidated Bearing Trevor McCoy. “You know, back in the ‘70s, pinball was on fire. The Who even wrote a song about it. Well, technically the song was about some blind jackass, but pinball was a pretty big part of it. Now video games are all kids care about. How times have changed.”

“I guess the writing has been on the wall since that ‘Pac-Man Fever’ song came out,” he added. “I heard there are even some video games where you play pretend pinball inside the game. How fucked up is that?”

Industry experts predict more layoffs are likely within the next year unless pinball industry as a whole can restructure. Said pinball analyst Katya McDowell, “Pinball manufacturers may try to increase demand for 1-and-1/16 inch steel bearings with a new experimental game mechanic called ‘X-Treme Multiball,’ where 2,000 balls are put into play at once. If that doesn’t catch on soon, we could see as many as 300 more jobs lost by this time next year.”

“Overall, I’m pretty scared,” said Trevor McCoy, looking to the future on a recent investor call. “My grandfather was a hoop maker, and he was put out of work when the hoop-and-stick craze ended during WW2. But I never thought this could happen to us.”