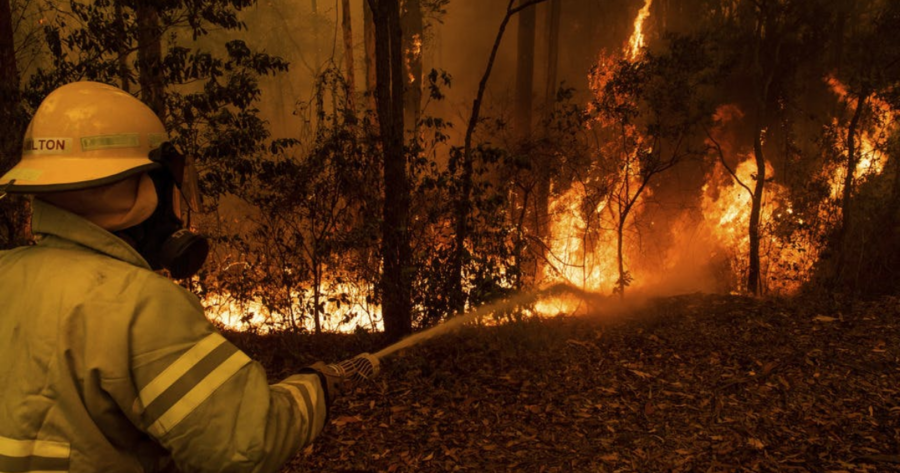 YUMA, Ariz. —  Jed Thompkins, also known as “Riseofthejedguy” on YouTube, is reportedly distraught over a comment he made on a 2017 video of a Huntsman spider crawling on top of a banana inside a suburban Melbourne home now that people around the world are mourning the death of over a billion Australian animals to a bushfire.

“It was just like, a common joke people would write on bug videos,” Thompkins said, holding his head in shame. “I didn’t want to actually kill it with fire. Or at the very least, I just wanted to kill that one spider with fire. How was I supposed to know something like this would happen?”

With Australian officials now investigating over 20 separate cases of intentional arson, some have taken Thompkins’ words to heart.

“We’re going to be looking into any and all leads when it comes to this fire,” said Prime Minister Scott Morrison. “If that means flying over to the States and looking through this guy’s house to see if he has any materials to start a fire, then so be it. Memes aren’t funny and they’re not a joke. We don’t like to ‘kill things with fire’ here in Australia. This is an incredibly serious issue.”

According to those familiar with the situation, Thompkins has now scrubbed any other cliché comments he made on the streaming website which have become problematic in light of recent events. Some of these include “song bumps” on the Jay Z/R Kelly collaboration Guilty Until Proven Innocent, “lol this show’s so random” on a compilation of foot jokes in Nickelodeon’s Victorious, and “looks pretty good” on a 1999 trailer for The Legend of Bagger Vance.

Now, Thompkins is using the same platform that has brought him such trouble to try and make a positive impact on the world. In an attempt to raise climate change awareness, Thompkins has begun commenting “cut dem emmisionz” on hundreds of YouTube videos.

“I started the ‘cut dem emissionz’ movement to try and bring awareness to the horrifying effects of global climate change, using the power of YouTube comment sections,” Thompkins said. “So far every single comment has been downvoted hundreds of times, but I think it’s important to get the message out there.

“They say you have to fight fire with fire, so let’s kill global climate change with some fire memes in the comment section.”