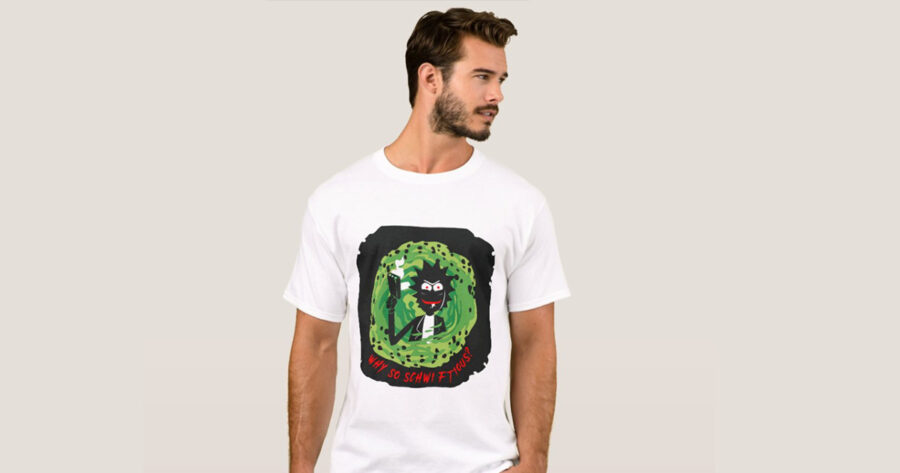 FULTON, Mo. — Redbubble browsers were reportedly disheartened after realizing that Redbubble model Ryan Jamieson was blissfully unaware of the fact his image was being used to model the dumbest shirt ever made.

“I’m so glad I booked this stock modeling gig, it’ll be so cool to be the default model of such a big website!” Jamieson said, completely ignorant to the fact that his body was wearing a shirt of Rick Sanchez as the Heath Ledger Joker. “I bet I’ll get to see all sorts of cool art and indie designs on t-shirts, and this will have a no-downsides impact on the future of my modeling career. I’m sure nobody would bother uploading something stupid and heinous like say, a bad PNG of Ben Shapiro’s face stretched across a miniskirt, or the Squid Games girl robot decked out in Supreme gear.”

Redbubble CEO Michael Ilcyznski expressed his sorrow about the situation.

“It’s always difficult seeing the smile on our model’s faces as they inevitably will be used to wear the most hackneyed designs on the web,” Ilcyznski said. “I just wish there was some way to warn them, but they seem so happy, so we let them continue to live in blissful ignorance, oblivious to the fact people can easily see them donning a Dwight Schrute crop top. But what’s more devastating: the beautiful lie, or the ugly truth? If you were all over the internet in a head-to-toe bodysuit of Mario smoking weed out of a mushroom pipe, would you want to know? That’s right. I didn’t think so.”

At press time, Jamieson was reportedly celebrating a recent purchase of one of his photos, which unbeknownst to him was being used for an article about how men have been reduced to pathetic beta-males.