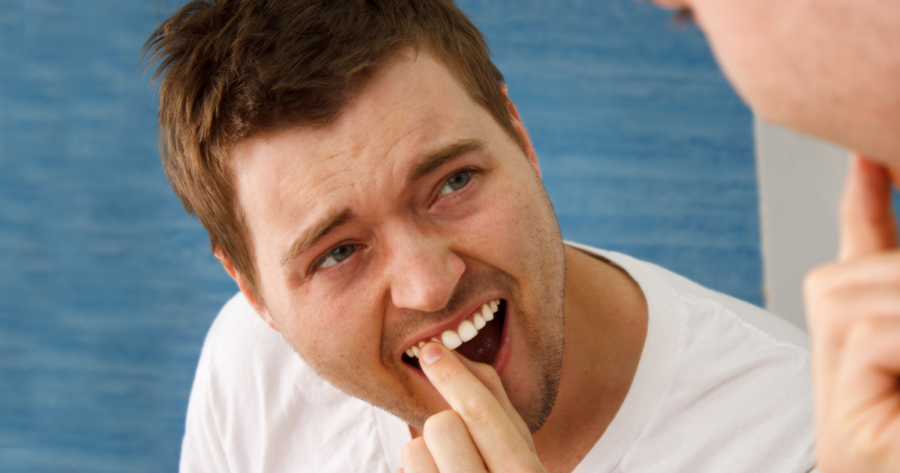 MOSCOW —  A secret agent embedded deep within the Russian military reportedly can’t stop monkeying around with the cyanide pill he keeps in his mouth in case of capture.

“I get so fuckin’ bored sitting out here in the woods pretending to be in the Russian Ground Forces,” said a coded message sent by Secret Agent Drake Cavalier that was recovered by authorities. “It’s like having a loose tooth or something. You know how it hurts a little bit, but you can’t stop messing with it? How the pain is sort of what’s nice about it? It’s like I know this thing is meant to be fatal upon ingestion but I can not stop putzing with it!”

Cavalier’s mentor had warned about handling his dangerous gadgets without care, following a previous incident in which the secret agent nearly lost his ability to walk.

“I get that it’s hard not to do, especially once you start thinking about doing it,” said Corble Fencepenny, a retired agent from the United States government’s top secret association of undercover operatives. “But he really needs to just grow up and sit still for pete’s sake. Remember when I said that if he kept chewing on his lava pen he would get lava all over everything? And do you remember what happened to his leg?”

Despite the urging of his associates, Cavalier insisted that playing with the pill was not high on his list of concerns.

“Look, I am in the unenviable position of trying to sort out modern international relations,” he said. “Not to mention getting the nuclear codes out of Vladimir’s hands, rescue the chancellor’s daughter, and not let my identity get blown. This little death pill I carry right in my mouth is harmless when you think about it.”

As of press time, Fencepenny had grown concerned about Agent Cavalier’s whereabouts, following Russian official Vladimar Kazaklav’s successful test of nuclear weaponry in the woods near where he had been stationed.