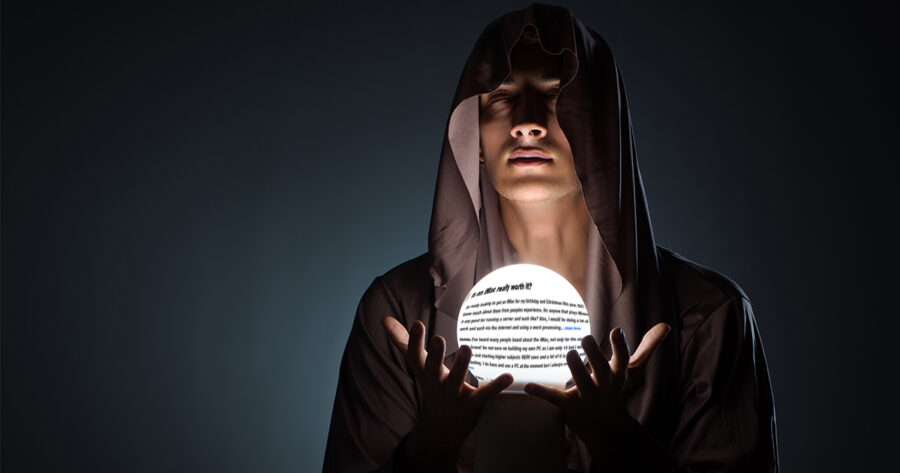 GRAND RAPIDS, Mich. — Arcane powers of life and death were recently wielded by Amina Mitchell, 35, who used dark magicks to revive a 12-year-old appleplayerz.net thread about the best games for a top-of-the line 2005 iMac G5.

“A computer from 2005 is too old to run anything good these days,” said Mitchell, whose profane wizardry turned the dark spectre of Death from foe to ally. She then dismissed the games recommended in the October 2007 thread as tiresome dinosaurs. “I mean, Bioshock holds up,” boomed Mitchell, a commander of the shivering abyss. “But you’re not going to be able to run anything really dope on that rig.”

Mitchell insisted that she understands necromancy may be frightening to some, but she feels that the benefits outweigh the risks.

“People need to understand that even their really old opinions suck,” she said.

“I forgot about appleplayerz years ago and just assumed it was gone forever, so it was really chilling to get an email about something I did online that long ago,” said the original poster, Dave Ferreira, who was visibly shaken by the eerie resurrection of their long-forgotten post. “What’s she going to do next, dig up a Myspace page?”

Mitchell says she prepared for the thread revival ritual with a complicated series of rites and incantations, including purifying her body with sugar-free Red Bull, typing a complex pattern of wingdings into Google, and lighting a ring of candles while listening to Dillinger Escape Plan’s Ire Works on a third-generation iPod nano. All of these helped her channel her will into the realm of undying time, resulting in a pixelated flame being added next to the name of the thread indicating that it was “Hot.”

Mitchell rejected the implication that toying with techromancy is dangerous or immoral.

“I don’t have any qualms about my dark methods,” said Mitchell. “There are two kinds of people in this world: those who tame and harness the power of Death, and those who meet him anyway.”

At the time of publication, Mitchell was laughing maniacally as she began preparations for another ominous ritual to bring back low-rise jeans.