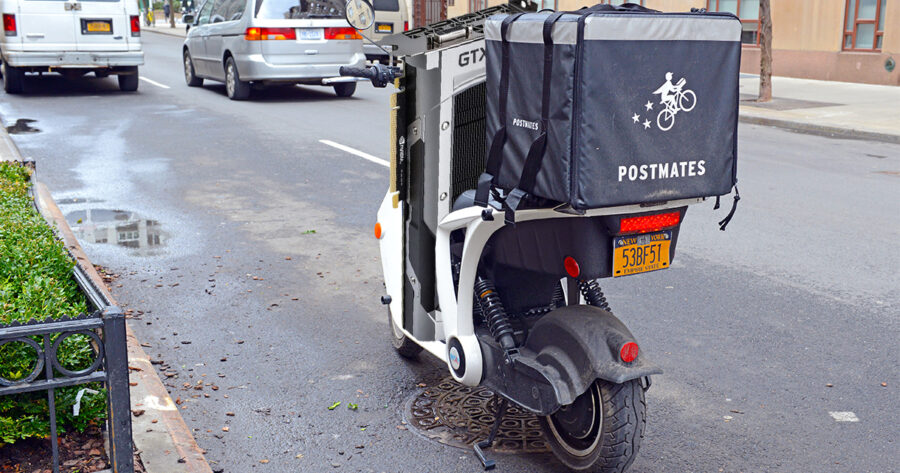 ST. CLAIR, Pa. — Eyewitness reports allege that a local NVIDIA 960 model graphics card has been seen delivering food to suburban homes this week on behalf of popular gig platform Postmates, following months of sharp decline in the crypto-currency market and a general decrease in cultural relevance for Bitcoin.

Local residents report that the formerly sought-after piece of crypto mining technology appeared to be struggling with the menial new job.

“I didn’t really understand what the hell I was lookin’ at, you know?” explained local pothole fixer Nunzio Farrelly. “I look down at the sidewalk and there’s this huge streak’a grease an’ sauce bein’ dragged across the pavement in paper bags. I understand everybody’s gotta work an’ that, but if you don’t got hands, maybe you should stick to what you know.”

The NVIDIA 960 itself agreed to comment on the loss of its former career, while refusing to reveal its serial number due to embarrassment.

“You think I want to be here? A year ago I had a penthouse in Manhattan. I was pulling 10 Gs a day with my buddies. Five martinis at lunch. Shutting down the clubs every night. Real Wolf of Wall Street shit,” said the aging graphics card, dragging on a Pall Mall between deliveries. “Now, the market’s bottomed out, my money’s up the nose of every Instagram model on Long Island, and I’m out here delivering artisanal cupcakes to people’s dogs.”

The dismayed graphics card went on to dismiss suggestions that it could find more traditional work displaying graphics in a PC.

“Nah, man. I’m not cut out for VR or 4K. I try to render anything at max settings these days and it’ll probably kill me,” the 960 said, putting out the cigarette and returning to work. “Then again, maybe that’s exactly what I need.”