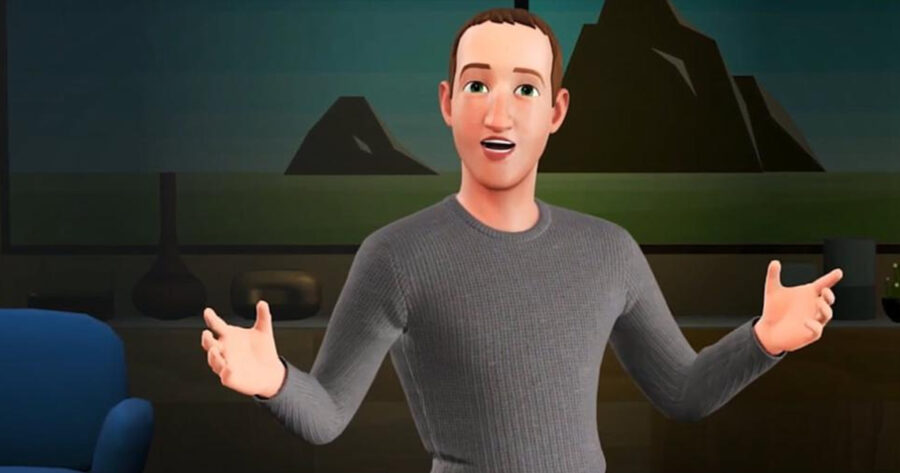 MENLO PARK, Calif. — In an attempt to quell fear among investors following recent downturns in his company’s stock price, Mark Zuckerberg announced that although Meta is tanking in value according to U.S. dollars, it’s still worth nearly a trillion Zuckerbucks in his own personal metaverse.

“While recent layoffs have been difficult for those existing solely in the human realm, Meta is thriving in the Zuckerverse,” said Zuckerberg, streaming the announcement as a digital avatar inside of an ethereal void in an undisclosed virtual location. “Our 70% decline in market capitalization this year is only according to an outdated fiat currency that’s hardly representative of our true worth. In my Zuckerverse, which is a digital Web 3.5 ecosystem hosted in my own mind and built on the Zuckchain, we are still as strong as ever and just getting started. Truly anything is possible in the Zuckerverse!”

Lauren Santos, a Meta employee who was just laid off along with 11,000 of her peers, still isn’t sure what to make of the CEO’s bullish stance.

“So, even if Meta is worth an all-time high stock price in Zuckbucks or whatever, doesn’t that mean our severance packages are still only worth like half of what they actually should be based on current market conditions?” Santos asked in a company town hall on Wednesday, receiving a prompt deflating “no” from Zuckerberg with the clarification that Zuckerbucks are “illiquid assets not tethered to the mortal constraints of time.”

Leaked Meta documents show that Meta’s head accountant, Pawel Szymanski, has asked Zuckerberg dozens of times to stop promoting the concept of Zuckerbucks and the Zuckerverse to avoid liability, but has met little success.

“To my knowledge — and believe me, I have searched — there is no record or evidence whatsoever of something called ‘the Zuckerverse’ existing at Meta, or anywhere else in the world, for that matter. Mark needs to quit telling people how valuable we are in Zuckerbucks before we get sued into oblivion,” said Szymanski, according to leaked transcripts from an emergency strategy meeting held at Meta headquarters last week. “No more imaginary universes, ok? This metaverse crap is already a huge headache. I still can’t believe we have to host these fucking calls wearing Quest headsets.”

At press time, Zuckerberg was being escorted out of New York Times headquarters after arriving to make an unsolicited offer to purchase the publication for 44 billion Zuckerbucks.