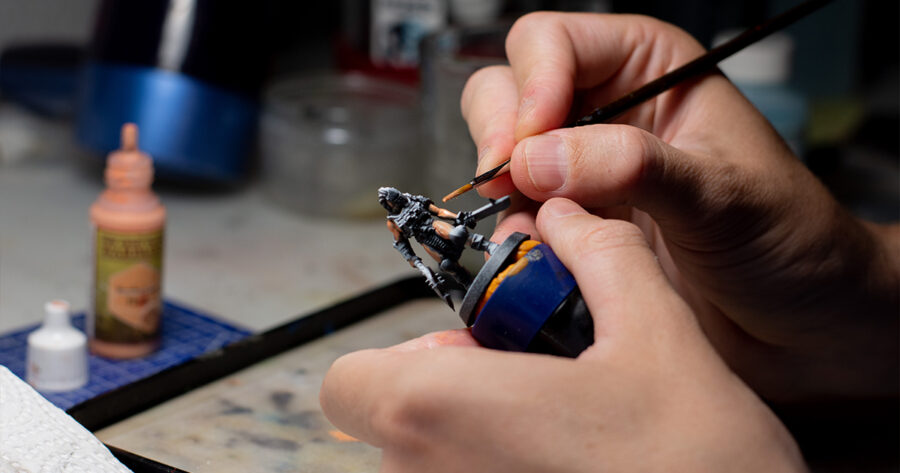 DEER ISLE, Maine — A local retiree who has been uploading videos of him painting little hobby store figurines has grown overly alarmed at the number of white supremacists that follow his YouTube page, sources have confirmed.

“This is the weirdest platform, I swear to god,” said Gene Baldwin, who was recently given video editing software as a gift from his grandson . “I started putzing around, painting my little figurines and posting the videos online. It wasn’t even really meant to gain an audience, more just something fun to do. But you can imagine my surprise when I started gaining followers one day! And you can also imagine my surprise when a majority of them had swastikas and antisemitic cartoons as profile pictures!”

Baldwin’s following has grown so considerably that he has begun making a modest income from advertisements airing on his page.

“That guy owes us everything,” said Melvin Kruger, a YouTube user that operates a neo-Nazi themed YouTube channel and regularly shouts Baldwin’s videos out, seemingly because they unironically enjoy them. “People think it’s weird that we’d end up on a figurine channel after watching Nazi shit for two hours, but what they don’t realize is the YouTube algorithim is a two way street. Well, really, it’s more like a subway with just two stops; mundane hobbies and all out pleas for racial genocide. We’re all so lucky to have this platform in our lives.”

Representatives from YouTube defended the famously controversial algorithm that determines the next videos to appear during a user’s time on the website.

“No one ever said this was an exact science,” said Wayne Kidd, a YouTube executive. “We do our best to select videos that share tags with the things you’re currently watching, yet we are also mindful of the fact that there are just some things we are pretty sure everybody wants to see, no matter what. Stuff like cute cats, reruns of Kitchen Nightmares, and two hour diatribes about why ridding America of non-white foreigners is the only way to ensure we all go to Heaven. Just standard stuff everyone can agree on.”

As of press time, Baldwin was wondering if he’d have less Nazi followers if he made gardening videos or something.