Man Unsure How He Came to Own 48 HDMI Cables 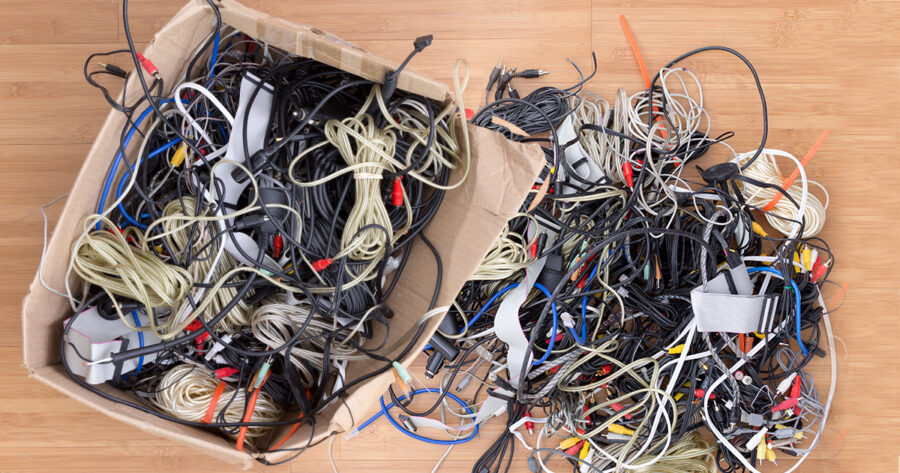 “I bought one when I first got my TV, and I think my old blu ray player maybe came with one,” he said, standing knee deep in a mountain of cables. “But where did these other forty or so come from? Is someone fucking with me?”

Markson’s former roommate confirmed that none of the nearly fifty High Definition Multimedia Interface cables belonged to him.

“I always thought it was crazy that he had so many,” said Rueben Martinez. “Especially because he would always just switch the same one back and forth from his Playstation and computer. To be honest I thought he was collecting them or trying to sell them or something. Either way, I’m just glad to finally get that closet space back.”

After determining that all 48 cables did indeed belong to him, Markson reportedly thought he’d “stay on the safe side,” and keep them all, which reportedly perturbed his new roommate, girlfriend Cassie Paul.

“I don’t want to be that stereotypical girlfriend and harp on him about the stuff he’s bringing over, but why do we need a box filled with cables he’s not going to use?” she said. “It’s bad enough he insisted that we need to keep his shoebox filled with Mini USB cables. I should’ve known this would happen when I gave him a drawer in my dresser a few months ago and he just filled it with old memory cards and GameCube controllers.”

“And let’s not even get started on all the DVI and VGA cables he keeps around just in case he needs them for something,” Paul continued. “Who the hell is buying new technology that needs VGA?!”

As of press time, Markson was struggling to locate the iPhone charger he shares with his girlfriend.