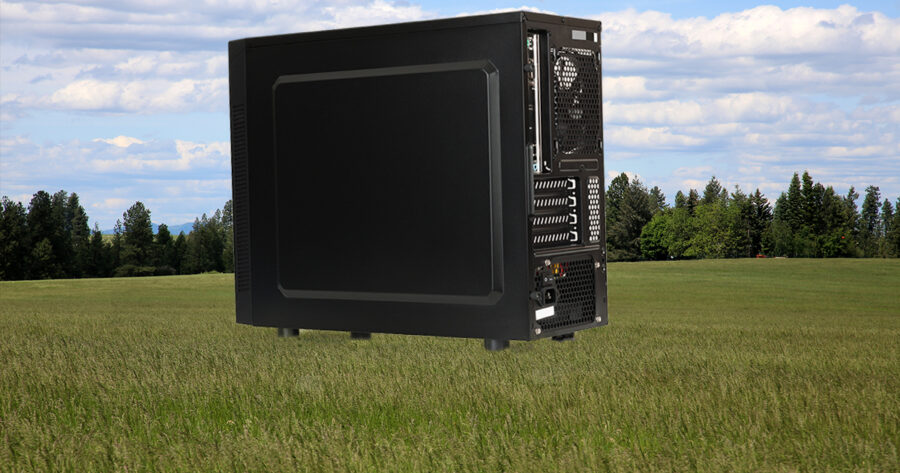 ATLANTA  — Having lost his previous gaming PC to a flood, Ned Myers has constructed a much bigger and more powerful build, reportedly reaching all the way to heaven, an act which many are concerned will anger our lord above, concerned sources reported.

“God did not want me to build this computer, and he proved it to me every step of the way,” boasted Myers of the blasphemous build. “Halfway through the process, my default language on Slack was switched to Spanish somehow! I couldn’t figure out how to turn it back, and my buddies from work that I reach out to for help sometimes got so mad at me they left the channel. Surely this was God punishing me for my pride, right?”

Although some of have debated the nature of the malfunction and whether or not it was of an omnipotent influence, there is no debate that by taking on the project, Myers has defied his wife’s commandment to “quit fucking around in the garage so much.”

A large portion of Myers’ community have shared her displeasure with the situation.

“He should really stay in the safe confines of console gaming,” said concerned friend and neighbor Glen Donahue. “Our job as gamers is to spread the word of improved framerates and easy connectivity. Not to flaunt our thirst for power in his or her face. By building such an immense gaming PC he has directly defied God’s will. We’ll pay for this.”

Many have also theorized that we are already seeing parallels to a punishment bestowed from above in the past.

“Last time someone did this, God grew so angry he splintered communication into the number of languages we have today,” continued Donahue, a lifelong Christian. “This asshole builds a tower to heaven, and now we have a dozen goddamn storefronts to buy games from. Coincidence? You tell me.”