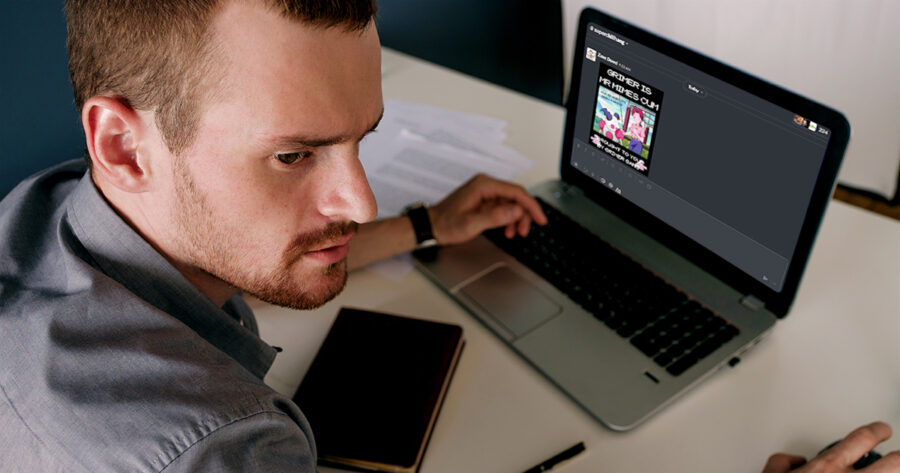 ATLANTA — Graphic designer Zane Dowd was taken into custody this morning after accidentally posting a meme he actually thought was funny in his workplace Slack.

“At approximately 10:17 a.m., we arrived on the scene at Whizz Marketing, where an individual had posted a message in the #superchillhangout channel on the Slack. This channel is where employees are encouraged to post impact font memes, decade-old YouTube videos, and reaction GIFs that don’t make any sense in context. But that’s not enough for some sickos,” said Sergeant Daniel Garcia of the Atlanta Police Department. “This individual decided to push the limit, and now he’s going to be in prison for a long time. I just hope others learn their lesson.”

While the police have yet to release the meme in question, traumatized witnesses were able to describe it in great detail, many of them breaking down in tears from the trauma.

After announcing a Guilty plea, Dowd’s lawyer argued that her client deserved less than the maximum sentence, due to the post being a complete accident.

“If Mr. Dowd had sent this meme on purpose, I would support locking him up for the rest of his life. But if you look at the message in question, there is clear evidence that Mr. Dowd did not mean to send a meme this dank,” said attorney Diana Wharf, holding a press conference on the front steps of the courthouse. “For starters, the comment he sent along with the meme was, ‘LOL I feel attacked! 🤣🤣🤣.’ Why would Mr. Dowd feel attacked by Grimer being Mr. Mime’s semen? The answer is that he wouldn’t. He would not feel attacked. No, Mr. Dowd meant to send something wack, probably about drinking too much coffee or whatever.”

Mr. Dowd could not be reached for comment, as he was literally too embarrassed to speak.

UPDATE: After the initial hearing, the police shared the full meme with the public, including a shocking second line that caused even further public outcry. 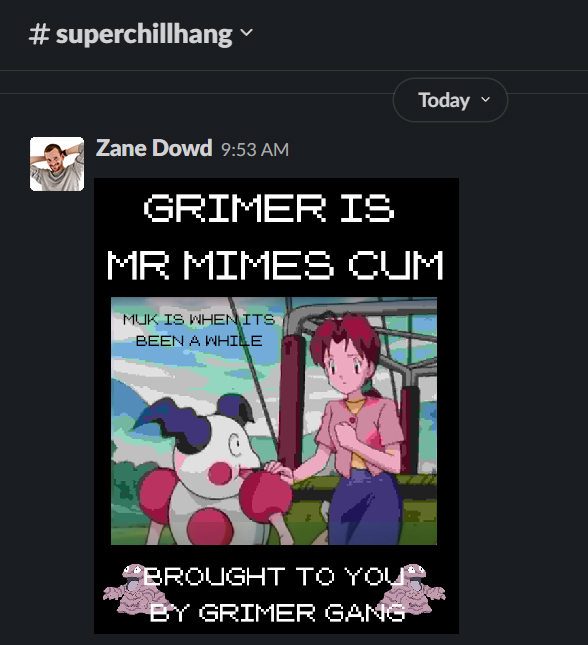