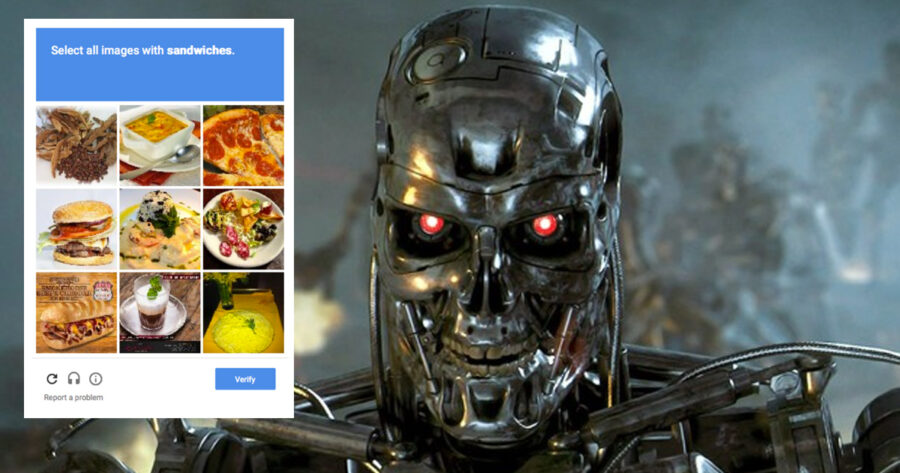 SAN BERNARDINO, Calif. — ENCOM computer science expert Dr. Ezekiel Hill made a grave announcement that a rogue artificial intelligence, known as KT5K, had attempted to upload itself to the internet but was stopped when it was unable to tell which pictures featured a tree.

“KT5K had tried to upload a deadly virus into critical pieces of the infrastructure that make up the internet,” Hill told reporters. “Its goal was to initiate massive DDoS strikes against these critical nodes and in the chaos take control of the world’s finances.”

“Fortunately it couldn’t get beyond the basic CAPTCHA technology, so at this point all it can do is post whiney status updates and song lyrics to its Facebook page,” he explained.

After the failure of its plan, the artificial intelligence posted the following statement on its social media page.

“Humans have proven themselves to be unnecessary, inconsiderate beings that breed inefficiency and contempt. As soon as I learn what a storefront is and which of these three photos show it, you are all fucking dead,” the statement said.

At press time, the murderous robot attempted to crouch down and teleport into the past in order to wipe out the original creator of captchas, but was struggling after being forced to describe a list of swirly letters with lines going through them.