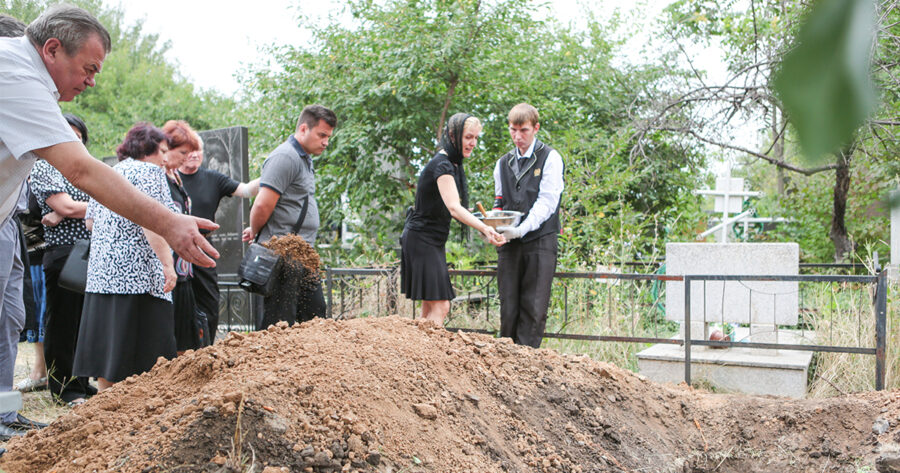 ASHLAND, Ore. — A throng of mourners were reportedly horrified yesterday when it was revealed that Ajay Bhatt, inventor of the USB port, had been unintentionally buried upside down during his own funeral. The error was revealed when pallbearers lowered the body into the designated tomb only for the underside of the casket to swing open, causing Bhatt’s body to unceremoniously tumble out into an awkward heap.

“Well, the top and bottom look literally identical,” explained Larry Bhatt, funeral organizer and Ajay’s father. “They really should put, like, a ‘This End Up’ sticker on there somewhere. I can’t be the first person that’s thought of that, right?”

Fortunately, Bhatt’s wife was able to find some modicum humor in an otherwise grim situation.

“Everything was always upside down with him,” said Genevieve Bhatt, laughing even as a single tear rolled down her cheek. “You should have seen him in the bedroom! He never could insert right side up on the first try.”

Sources at the scene reportedly grew uncomfortable upon hearing this intimate revelation and swiftly changed the subject to the unseasonable warmth.

The afternoon later took yet another shocking turn when attendees learned that not only was the inventor of the USB still very much alive and well, but that the corpse they’d inserted was actually that of Reginald Johnson, the inventor of the HDMI cable.

“Ignoring the fact that it’s his own kid, only somebody born in the 1930s would have trouble telling the difference between the inventor of USB and the inventor of HDMI,” said Ajay’s brother, Chaz Bhatt, blaming his father for the mixup. “This is why you can’t let Dad be in charge of this stuff. He’s terrible with anything mortuary science related.”

As of press time, a group of firemen attempting to reacquire Johnson’s discarded body determined he’d actually fallen into the tomb of the RCA composite cable inventor known only as “Simple Dave.”