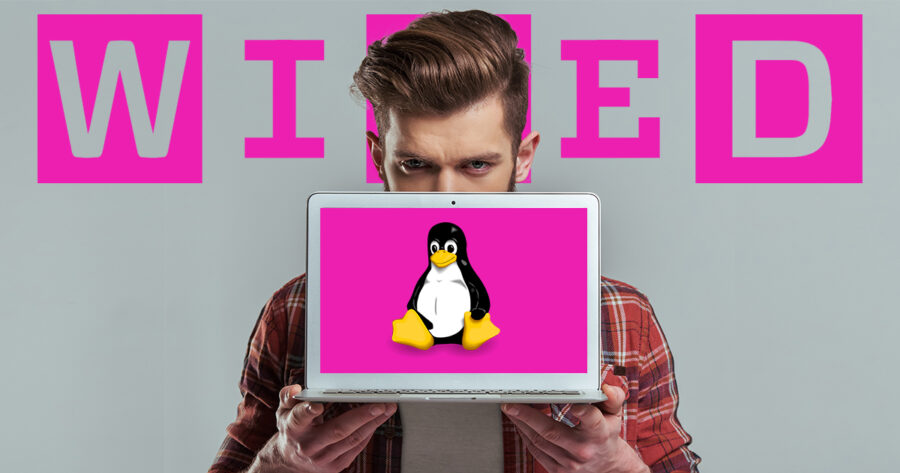 It’s Valentine’s Day and whether you’re a few dates in or just celebrating your golden anniversary, romancing your partner is a must. Here at WIRED we lay out the perfect eleven-step guide that will provide a “spark” to your relationship.

Initially released by Linus Torvalds in 1991, the Linux Operating System has become a foundational work in the world of computing. It drives 99% of the servers on the net, drives the apps on your Android phone, and this February 14th it’s going to drive your partner wild.

Start by downloading any number of free distributions and creating a disk partition before your lover gets home. Then, when they’re least expecting it show them the install wizard (or an empty command line if you’re building your own linux from scratch, you dirty devil!). The sexual tension will grow along with that install progress bar and soon they’ll be begging for you to show them what the “fsck” command does…

The “fsck” command checks the integrity of the filesystem.

Now that the foreplay is over, it’s app time! Nothing turns bae on quite like watching a website get created from scratch with Microsoft’s premiere website framework. Try making a fun Valentine’s web app or go all out and build the next trend in social networking!

Even if the network is working normally, it’s always good to give your router a checkup. Troubleshooting your wireless devices is a turn on for just about anyone— igniting a sexual heat of forest fire proportions no matter your gender.

Copy some sexy tunes without sacrificing audio quality and save the compression for the bedroom.

6 – Get into an argument on the forums

There not an experience in the world that gets those pants off faster than looking over your partner’s shoulder and seeing they are engaged in an explosive, all-out flamewar on the boards. Only one thing can calm down such a fevered discussion about the future of open source technology: hardcore lovemaking.

Spice things up with the Internet of Things. Rawr.

This might be too similar to #1, but if you’re taking things slower in your relationship consider just installing linux on a virtual machine to try it out. Some folks are turned on by playing it safe.

What more is there to say? Get ready for a sexual avalanche if you do this.

10 – Hold a floppy disk and then say “Man, this thing is old” and laugh about it

Who says April Fools Day should get all fun? Break the ice this Valentine’s Day with a laugh at the expense of a floppy disk. Connecting over the shared experience of the progress of technology will bring you closer together and one step closer to the bone zone.

The ultimate expression of desire. There is no greater reward, but be careful: there’s no going back, either. Like any love worth its salt should be.

This article originally ran in the print edition of WIRED Magazine.