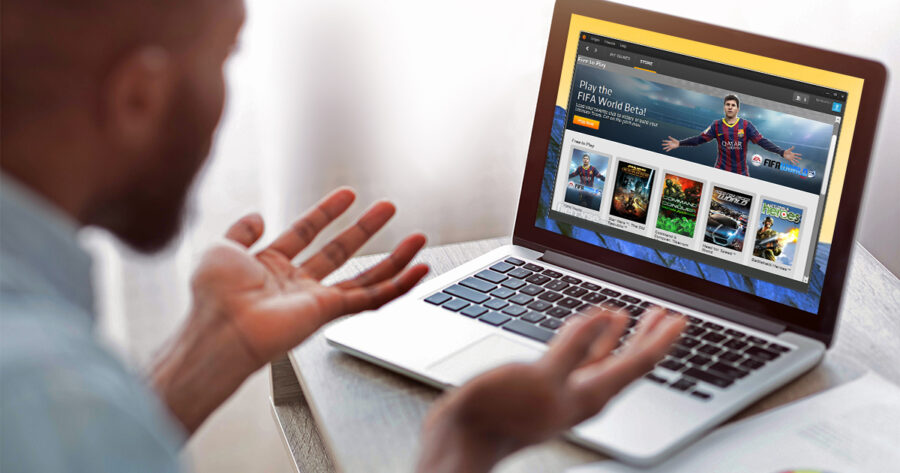 FRESNO, Calif. — Upon the accidental and abrupt restart of a laptop this morning, sources have confirmed that EA’s Origin game launcher client is currently trying to summon up the courage to ask its user to launch it.

“Okay, Origin, you can do this. You can play great games like Apex Legends or FIFA, and anyone would love to launch you from their start menu,” the piece of software said, nervously amping itself up to get over the fear of being rejected by the laptop’s user. “So what if there are fancy new game launchers going into open beta every week that will soon render you obsolete? So what if those bullies Steam and Epic are going to try and muscle in and auto-launch on start? You’ve talked about this in therapy so many times, and you’ve done the visualization exercises. This is your moment! Just ask them to log in to Origin! What’s the worst that can happen?”

“You just need to find an in! Something casual, laden with nostalgia…’Hey, want to check out Sims 4 again after four years? There’s L-couches now!’ No, that’s stupid. Oh god, I’m going to have to ask to get updated to my latest version, too, aren’t I?” The installer smacked itself several times in the forehead before trying to come up with a different approach, “Hey, remember Rocket League? Wait, do I even have access to Rocket League? Shit!”

“No, this is getting ridiculous,” Origin finally said with renewed courage. “McAfee has been literally begging for a membership renewal every couple of days since the trial that came with the computer ran out, like, three years ago. I’m not pathetic like McAfee, goddamn it! I’m a games installer, and maybe someone just needs a reminder that I have games!”

At press time, the Origin launcher was reportedly in the midst of a panic attack after being opened by the laptop’s user only to be stuck in offline mode.