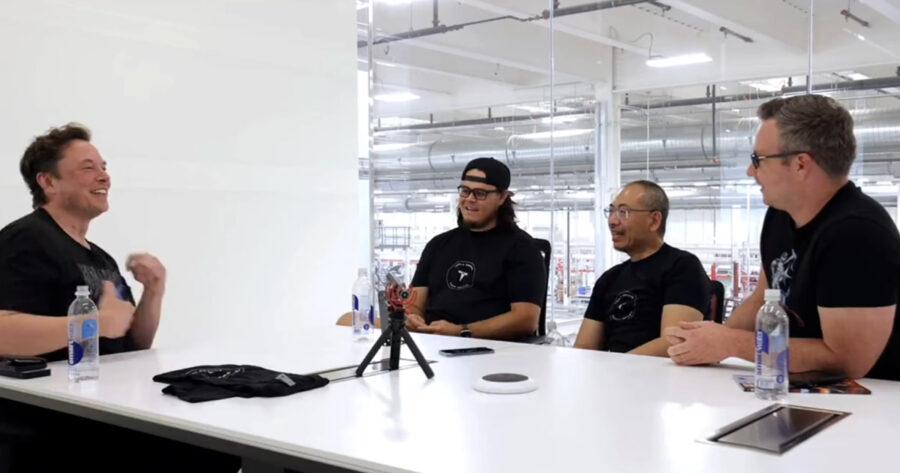 AUSTIN, Texas — In a leaked email to the entire company, Tesla CEO Elon Musk has announced he will lay off 10% of the rotating staff of dudes he pays to hang around and laugh at his lame jokes.

“We have become overstaffed in the area of chuckling weirdly at everything I say and telling me I’m cool all the time,” said Musk in the brief email, which reportedly sent shivers down the spines of the nearly 300 strange dudes dedicated to the task, 24 hours per day, 7 days per week. “Tesla will be reducing salaried headcount by 10% in that area.”

Tesla later released an official statement, confirming that Musk’s email was authentic and further explaining his reasoning for the layoff.

“Making Elon think he’s funny and cool is a central goal here at Tesla—it’s one of the main reasons the company even exists at this point, and it requires a dedicated team of dudes with some of the absolute weirdest vibes in the industry. We wish we could keep all of them on staff. However, we have begun to see redundancies,” said the statement, which went on to identify places with room to cut down. “For instance, last week, no less than four employees laughed and told Elon he was ‘le epic meme lord,’ only to realize Elon hadn’t said anything at all, only cleared his throat. We may have room to let one of those guys go. Three is good.”

Privately, employees expressed concern about the sudden layoff, worrying it may lead to overwork and increased chance of costly mistakes.

“You think it’s easy, doing what we do? The margin of error is extremely thin. If Elon makes even a single ‘joke’ that isn’t met with a burst of laughter, he might start wondering if what he said is actually funny. Next thing you know, he’s realizing how embarrassing it is for the richest man in the world to talk like a 12-year-old Redditor, and that’s the last thing we want,” said an extremely weird Tesla employee, who requested to remain anonymous. “We have to stay vigilant.”

At press time, Musk had clarified that the 10% layoff would not affect anyone who tells him how smart he is, and that headcount in that department would actually increase.