Deal Alert: Aetna is Offering 15% Off Healthcare for Anyone Trampled on Black Friday 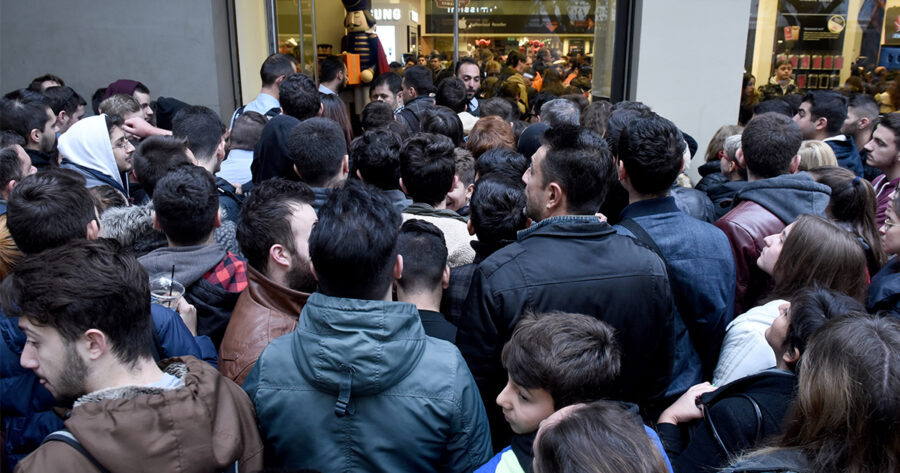 Healthcare fans — we KNOW you’re still out there — this one’s for you! Aetna just announced that for Black Friday weekend, customers can get 15% off coverage for internal injuries sustained while crushed by a mob of desperate shoppers.

“Our loss control specialists noticed a 200% uptick of rejected Internal injury claims in correlation with Black Friday, and when they brought this to our marketing department, an opportunity was born!” said an Aetna spokesperson at a recent press conference.

“We’re reaching out to the Aggressive Shopper Market,” the spokesperson continued. “The type of people who, despite their suburban exterior and disposable income, would feel at home in a ‘Purge-Style’ situation. Cool aunts and uncles desperate to impress teenage nieces and nephews, spouses feeling extra guilty about a drunken office party kiss, and of course, personal shoppers.”

“Our exhaustive market research indicates they’re most likely to both require and be able to afford emergency medical care for broken ribs or a major concussion.”

There are some small caveats, however. If you read the fine print on Aetna’s website, you’ll see the note: “Please keep in mind that this deal is contingent on a lack of pre-existing conditions such as hemophilia, asthma, and injuries sustained ripping the last 50” TV from someone else’s arms.”

So buyers beware! This deal is obviously pretty great for those looking to score big on Black Friday, but there are always caveats. Aetna’s insurance investigators will insist on rigorous examinations in cases they suspect malfeasance. The fine print on their website also reads, “Our experts can tell the exact angle a footprint bruise was made from, and we are ready to prosecute.”

So don’t forget to load up on some extra Black Friday healthcare from Aetna if you’re shopping this year, OR hang on until Cyber Monday, when UnitedHealth Group is offering 10% off any finger injuries sustained while dramatically clicking “purchase” and Cardinal Health has a slick deal for 15% off therapy prices for those who can’t handle the existential dread of contributing to Amazon’s global domination.