Dad Says Gateway Computer Is Yours If You Ever Need It 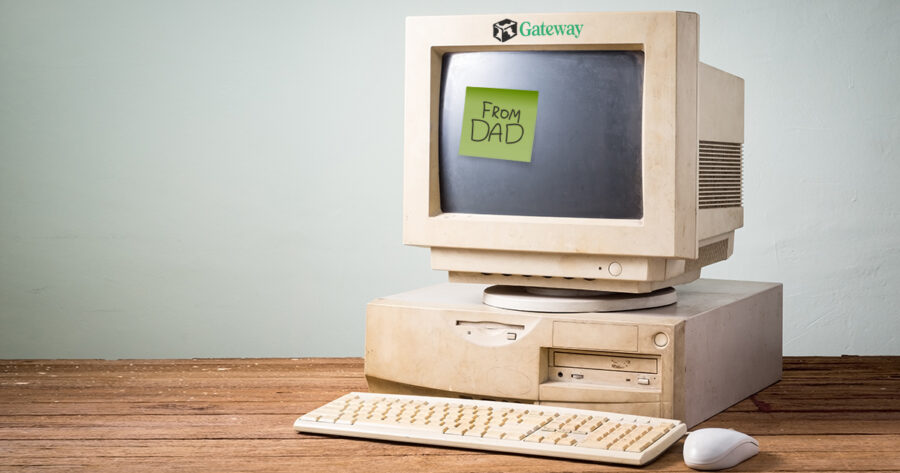 VALLEY STREAM, N.Y. — Suggesting you “could definitely put it to good use,” your dad reminded you this morning that you are “free to take” the Gateway desktop computer in the den if you ever needed it, according to close sources.

The Gateway E-4400 tower and monitor combination has resided on the desk in the family room of your parents’ home for more than a dozen years now; experts predict that its utility have declined sharply since you graduated high school in 2012. Your dad remained confident, however, that you could “give the old guy a good home,” as he emphasized the device’s various outdated functions.

“CD burner still works like a charm,” he said, forming his hands into pistols to signal his excitement for you. “In fact, I think I got a stack of CD-Rs sitting in the cabinet right above [the computer], so might as well grab those bad boys too while you’re at it.”

New reports state that your dad also did not want you to forget several other appealing aspects of the machine, despite their complete irrelevance to you and society’s current demands for a computer, including 32 gigabytes of hard drive space for “all those anime vids you watch so much,” the Pentium III CPU that “should have more than enough juice to keep running that Diablo game you just can’t get enough of,” and a foot of dust that “you should really wipe off.”

Although he insisted that you could “really get some miles” out of the Gateway system, he still wanted to issue a warning about your computing practices.

“Just remember to be careful when you’re downloading all that stuff from the Internet,” he cautioned, assuming you would continue to use Kazaa or a similarly defunct peer-to-peer service to obtain media. “But if you run the McAfee [VirusScan 2004], you got nothing to worry about.”

As you glanced at your phone, your dad was quick to offer you access to his “power station,” a power strip with chargers to a second-generation iPhone and Motorola flip phone.

“Feel free to grab that as well,” he said, gesturing to the six-outlet device resting next to the loveseat. “Bet that thing would go great with your new computer.”

At press time, your father acknowledged that, at age 27, you probably know more about this computer stuff than he does, but he just wants you to know that there’s nothing wrong with taking a gift from your old man.