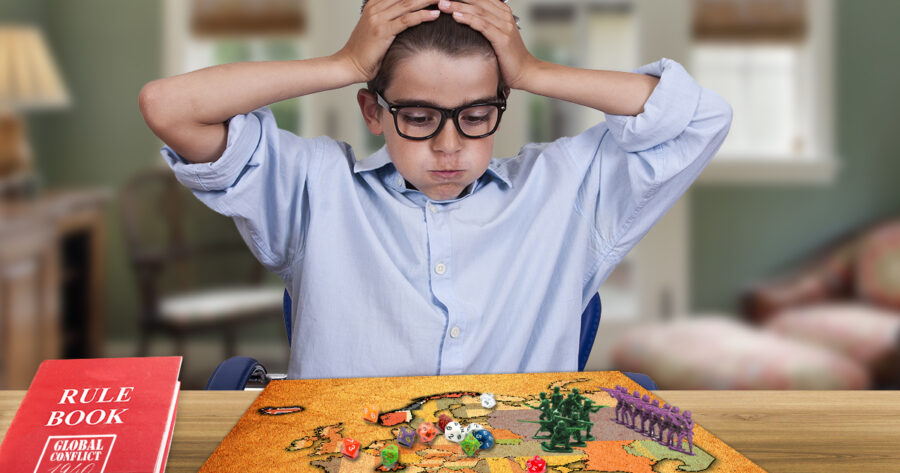 MILWAUKEE — Players of the strategy board game Global Conflict: 1940 are quitting in record numbers after finding the game’s systems to be more intricate and undecipherable than the international calamity they simulate, according to sources.

“Me and the gang are total history buffs,” said Miles Francis, the 25-year-old organizer of a Milwaukee-based board game meetup. “So when I suggested this new World War II game, everyone was into it. Now it’s been 500 hours over six months and we’re not even sure which parts of the board are land and which are water.”

Those familiar with Global Conflict: 1940 often point out several key frustrating aspects, including the game’s rules that change based on the weather, the detailed simulation of mid-century economics, and the four “giant fucking maps you need to keep track of.”

“I want to be clear, we’re a pretty smart group of gamers,” said Francis. “One of us is a literal brain surgeon. He bailed on Conflict almost immediately, leaving Poland leaderless. I think.”

Colgate University history professor and prolific WWII author Margaret Poole was aware of the infamous board game when asked.  “I have a copy of the 1997 edition somewhere,” she said. “The manual is 200 pages long. It has a ten-page index and an errata section. The index of my book on Mussolini’s rise to power is eight pages.”

Poole indicated the actual reasons for WWII could be boiled down to global economic downturns, the rise of fascism, and Germany and Japan’s expansionist policies. Whereas Global Conflict was “just fucking nonsense,” said the acclaimed writer, adding that, “Churchill’s war ministers never had to deal with divvying up fractional diplomatic intention points, color-coded force pool categories, and compounding supply multiplication factors determined by coin flips.”

To date, the game’s publisher—Blue Icon Design—has been unwilling to respond to any specific complaints. They did, however, offer a blanket memo justifying Global Conflict: 1940, saying, “We wanted to design a game as confounding, destructive, and unenjoyable as real warfare. And that’s what we did.”