Warhammer 40,000 Tournament Just Eight Guys Throwing Cash at Each Other 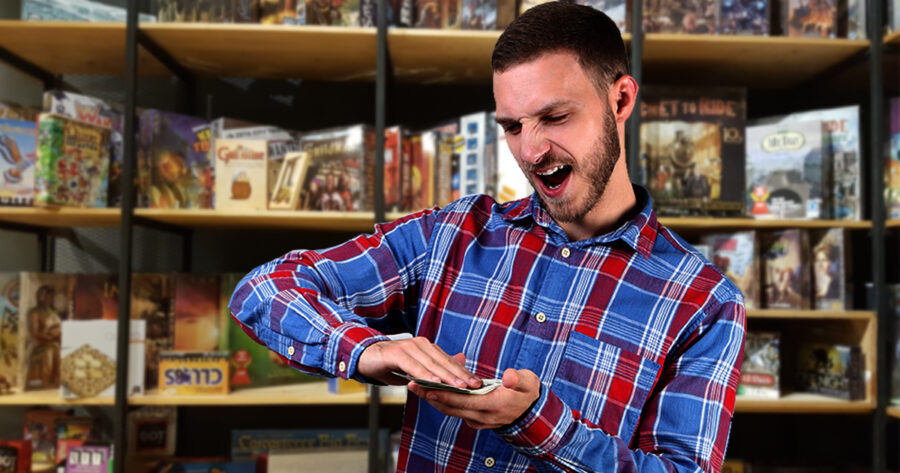 GARLAND, Texas —  Sources at the Wizard Castle Dragon gaming shop have reported that this month’s Warhammer 40,000 tournament was nothing more than eight guys throwing money at each other.

“I’m not surprised that it has come to this,” said store manager Daryl Miller. “Games Workshop’s meta has always required players to dump massive amounts of money into building bigger and better armies. With this, they’re just saving some time and getting to the heart of the game’s classic mechanic. For years, these guys have been complaining about the whole pay-to-win format, but now I think they’re just leaning into it and trying to have some fun.”

The shop caused a bit of an uproar among it’s usual participants when it announced that September’s tournament would be bereft of actual figurines, as per Citadel’s newest revision to official tournament rules. After an initial period of trepidation, however, players warmed up to the new competitive format of simply chucking wads of cash at one another until a victor was declared.

“Yeah man, it’s just easier this way,” said Brad Storch, a local 40K player. “I don’t gotta spend a bunch of time painting minis, and the basic gameplay is still there; the dude with the most money wins. And hell, there’s just as much lore for guys like George Washington and Abe Lincoln as there is for Rouboute Guilliman or the tech priests.”

Storch went on to explain that not only is the new format tolerable, but has actually eased the tensions his recreational pursuit of choice has caused at home.

“My wife is so much happier since she’s been able to put my Warhammer stuff in the basement,” he said, dodging a flying roll of quarters.  “I’m spending about the same amount of money every month, but our dining room isn’t covered in a bunch of plastic sprues anymore.”

At press time, a band of Magic: the Gathering players was spotted scurrying from under the gaming tables to scoop up cash from the shop floor.