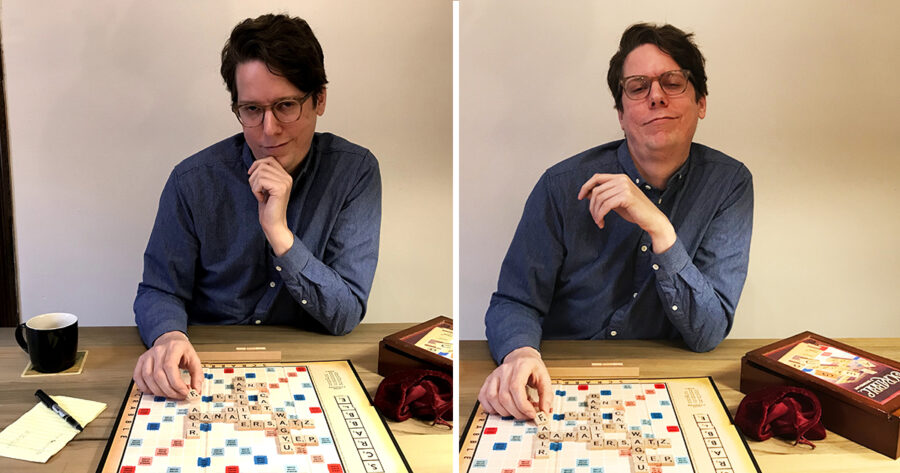 AMARILLO, Texas — An unassuming Scrabble game played with a relative’s new boyfriend reportedly led Jimmy Bachelor to a horrifying discovery: his opponent knew all of the “dumb cheater words.”

“I’m pretty okay at Scrabble,” said Bachelor, minutes after losing a round of the classic spelling board game 417-98. “I have a big vocabulary, and I always make sure not to leave the bonus tiles open. But this dude used his first turn to lay a word down next to my word, it had all these ‘aa’s and ‘ki’s and shit. I knew I was fucked.”

The lopsided defeat took place at a holiday gathering hosted by Bachelor’s parents. In an effort to escape the growing tension in the dining room, Jimmy asked his sister Cheryl’s new boyfriend if he’d be interested in playing him in a game of Scrabble.

“Marty perked up and said ‘Okay,’ louder than I’ve heard him be in the two years he’s been with my sister,” said Bachelor. “Looking back, that should have been my first clue. Hey, I wonder if Clue is still here somewhere. There’s no weird way to be good at that, is there?”

Although the match was inspired by a desire to escape the stressful environment elsewhere in the house, Bachelor soon found himself regretting his decision, staring at his assortment of letters for long periods at a time, in vain hopes of turning the tide with a favorable turn.

“Hurry up, will you? You’re moving slower than an ai,” Marty said, referencing an uncommon synonym for the common three toed sloth. “And I’ve been a real jo about how long you’re taking so far, but this is too much. You’re fucking up the qi in here.”

Though he ultimately proved victorious, Marty wasn’t without complaints of his own, criticizing the air quality in the Bachelor family’s home.

“Hey have you guys oxidized in a while? All of these iodates in the air are burning my retinas.”

Shortly before the party ended Bachelor was seen protesting the integrity of Marty’s accurate guesswork in a game of Clue.