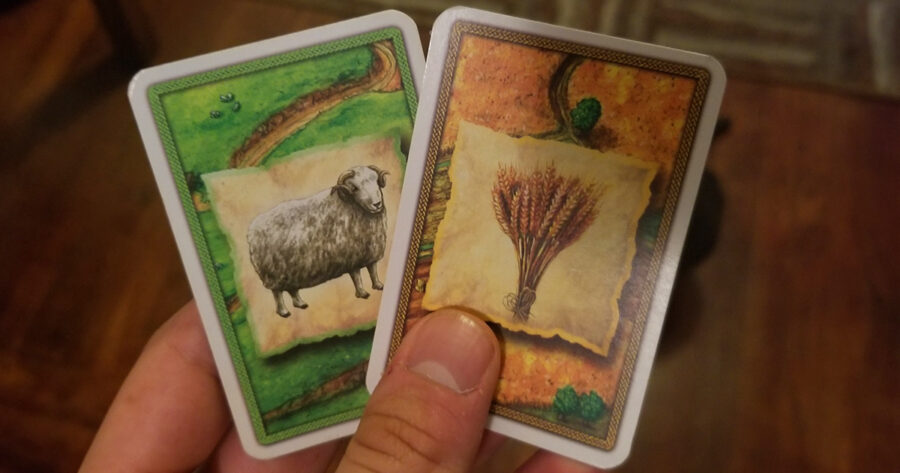 CATAN — After intense trade negotiations concluded late Wednesday on the geographically diverse archipelago of Catan, a sheep belonging to one of the German settlers was shocked to learn he’s being traded for “some goddamned wheat.”

“It’s just unbelievable,” said Horst, a sheep born and raised in the Catanian grasslands. “I’m a living thing! I have a brain, feelings, and am incredibly useful. Like, I can provide wool, labor, and companionship. And I’m being traded for some boring-ass wheat? This is absolute bullshit.”

Every settler of the resource-rich landmass reportedly understands that obtaining a variety of practical materials is key to the survival and growth of their settlements and cities, but the native Catanian livestock feel differently.

“It’s bad enough that a robber showed up for a while and, for some reason, no one could reproduce until he left,” said Horst. “And now that I’ve finally got a ewe and some lambs to love and provide for, I’m being traded away? And for some fucking bread grass? Suck a cock.”

Catan thrives on a barter system, and the area’s inhabitants have been able to create a surprising amount of infrastructure with relatively little material — such as long stretches of road with a small amount of wood and bricks. Other nations’ scientists are often baffled, but Catanians are more interested in trade than explaining their scientific breakthroughs. Trading is so commonplace that many locals travel to ports on the island’s shores to perform more sizable exchanges.

“One time I saw four sheep being traded for a brick. Yeah, one fucking brick. In what world is a ram and his family worth a goddam brick?” said Horst. “I full-on lost my shit. What an insult.”

When asked about the trade, the wheat declined to comment.