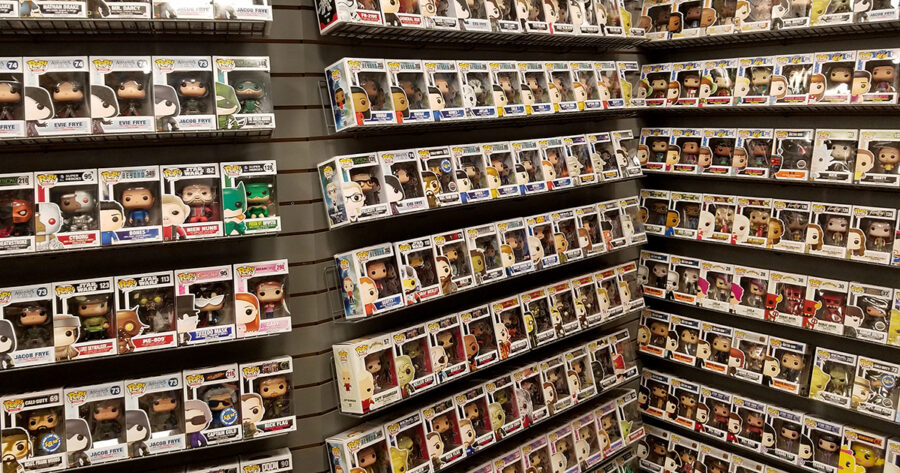 BOSTON — Local comic book store employee Ellie Schneider was not discovered by the dispatch squad sent to retrieve her from a fatal in-store Funko Pop avalanche, marking a solemn end to the team’s search.

Schneider was reportedly attempting to stack a Rhaegar Targaryen Funko Pop on top of the store’s 20 foot long Wall-O-Funko. Unfortunately, she slipped on a poorly-placed Alaska Thunderfuck Funko, triggering a massive deluge of plastic figurines from the wall. A squad of U.S. Marine Corps rescue dispatchers were sent in to rescue Schneider from the mound of wide-eyed figurines, but were unable to recover her body from the thousands of niche Funkos that lay many of feet deep on the floor of the store.

“We thought at one point we found her hand,” said rescue squad member Brian Hampton. “But it turns out it was just a Funko of Thing from the Addams family.”

The Marines declared Schneider missing after a week of intensive search-and-rescue, sorting through every type of doll, from Star Wars to prominent figures in U.S. history.

“It’s just awful. She was such a young girl with so much potential,” said Ellie’s mother, Mary Schneider. “I mean, she only had 26 figurines. Think of all of all the Funkos she could have collected if she only had the chance to. Now I worry she’ll never get to grow old enough to wonder why the fuck she has so many of these things in her house.”

The store did not clear away or close off the pile containing the missing employee. Upon receiving another shipment of Funkos, store manager Rick Huntington just threw the boxes on top of the existing pile.

“We got so many of these goddamn things to sell,” he said. “Nobody’s ever gonna know if there’s a body in there or not.”