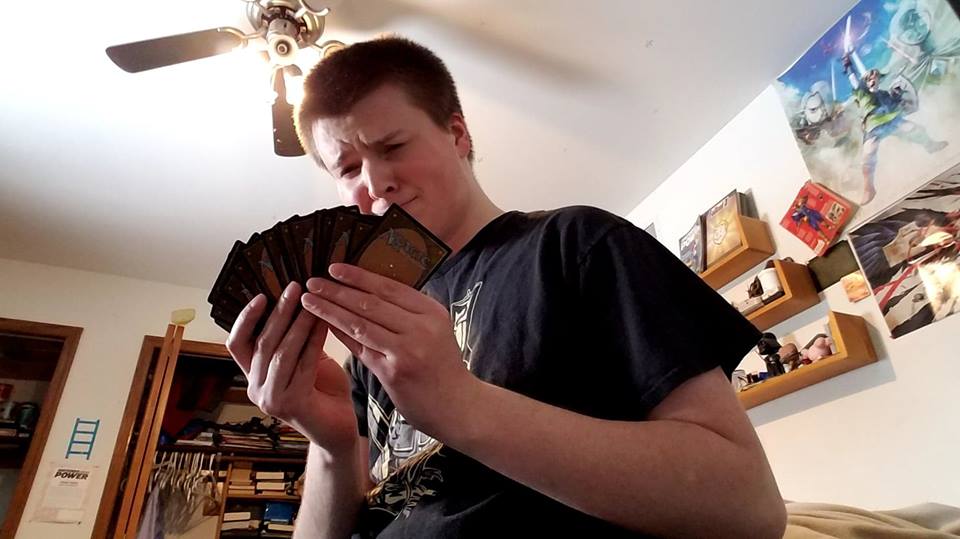 NANTICOKE, Pa. — After going through an arduous divorce, horrified witnesses reported that local resident Andrew Stone said “fuck it” under his breath to himself before furthering his dive into despair, flicking a metaphorical cigarette into a life doused in gasoline, walking away as it explodes behind him, by getting into Magic The Gathering.

“He strode over to the register, tossed his wallet to the cashier and said ‘You best get your loved ones out of here because a man with nothing left to lose and a Magic The Gathering deck is a dangerous thing,’” said Alexis Stewart, a clerk at a local game store. “The sheer terror of his tone almost caused me to shit my pants.”

According to those close to the scene, friends and family of Stone, after hearing about the incident, were brought to tears.

“Well there goes any chance of him getting custody of the kids,” his mother Teresa Stone sobbed. “I just don’t understand how he could give up on life when he has his friends, his family his job. He could have asked for help, but instead he decided to piss his life away on the heroin of competitive card games.”

“At least heroin users have the decency to eventually overdose, we are going to have to watch him self-destruct on this horseshit for decades or at least until he discovers Hearthstone,” she explained to police.

At press time, Stone reportedly doubled down on his spiral into nothingness with the online purchase of various Warhammer 40,000 figurines.