Where Are They Now? The Child Banished to Hell at the End of the Crossfire Commercial 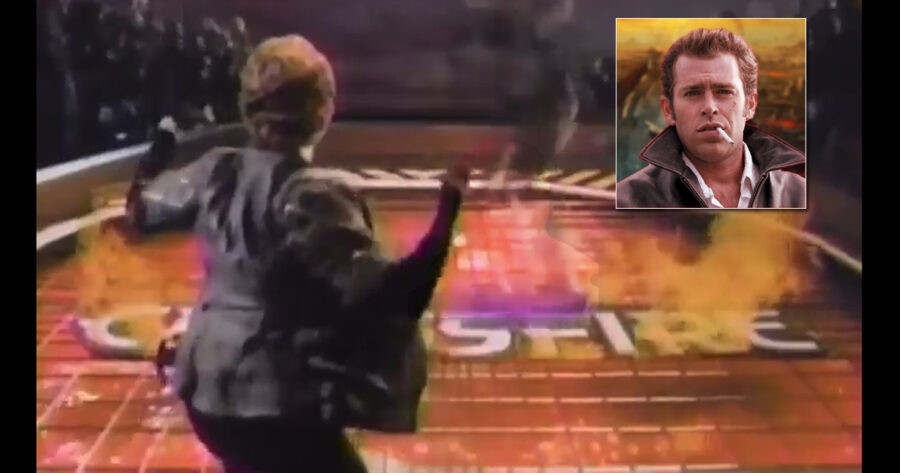 FIFTH CIRCLE OF HELL — Every ’90s kid remembers the classic commercial for the board game Crossfire: Two leather-clad children ride over-sized game pieces into a lightning storm and battle it out until one child loses and spins off into oblivion, never to be heard from again.

But what actually happened to the child who lost the game and hasn’t been seen in the subsequent twenty-five years? Turns out his real name is Corey Martin, and he’s been languishing in Hell for nearly three decades! Hard Drive caught up with Martin, now 38, to chat about his life after a board game banished him to eternal damnation.

“What can I say? I got caught up in the Crossfire,” Martin said as a hellbeast flogged his back with a Hot Wheels track. “As for how I got here, that kid I was playing against was actually my friend, Ralph. We were playing Crossfire in his breakfast nook when suddenly a tornado of fire crashed through the window and swept us away. Next thing we know we’re on a giant Crossfire board surrounded by rowdy teens. We just thought it was really radical. But pretty soon it stopped being so radical.”

Following the loss, Martin was permanently banished to the underworld.

“As for my day-to-day here, it’s mostly ironic punishments like demons fire marbles at me and I’m one of the game pieces. Pretty terrible. I got to keep my leather jacket and those bitchin’ finger-less gloves though, so that’s cool.”

But how did Crossfire become a gateway to Hell in the first place? We spoke with Eligos, assistant supervisor of Hell’s Board Game Torture Department.

”Crossfire is great, but we’ve actually used tons of board games to lure children into Hell,” said the demon. “Stratego, Mouse Trap, Mystery Date. Satan and Milton Bradley had a great working relationship for decades.”

Eligos adamantly denied that he or Satan have any connection to the iconic Ouija board, despite most assuming otherwise. “I don’t know what is going on with that game, man. Those Parker boys were into some fucked up shit.”