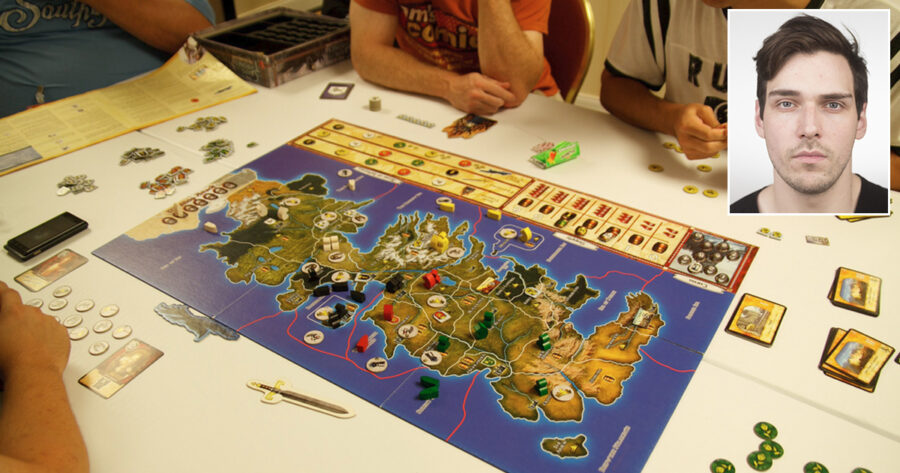 BOSTON —  After five brutal hours of incessant, imaginative bitching, the well-documented hater of “fruity-ass board games,” Sam Daniels, secured victory with an unexpected capture of a seventh stronghold in the waning moments of an all-night Game of Thrones board game session, according to sources pretty goddamned familiar with the situation.

“Oh shit, I won? Bend the knee, motherfuckers!” exclaimed Daniels, who mere moments before had claimed seppuku with the game’s cardboard Valyrian Steel Blade would be preferable to even one more second of “Getting constantly pounded like one of Littlefinger’s prostitutes in this rigged board game.”

Although Daniels reportedly arrived at his best friend Jeff Sanchez’ house in high spirits, it didn’t take long for his mood to sour.

“He attacked my capital on the second turn and, of course, he wasn’t able to take it, so he accused me of cheating and demanded to see the rule book,” said Sanchez, who had all of his pieces knocked onto the floor by Daniels’ fits of rage on three separate occasions. “I mean who the hell attacks Lannisport with just two footmen?”

As Daniels went around the table thrusting his crotch against the losing players’ character cards, exasperated sources speculated that Daniels may have directly benefited from his frequent, borderline-misogynistic outbursts.

“I found myself weighing trying to win by attacking Sam’s defenseless fleet or to just harvest more power tokens and avoid being referred to as that ‘backstabbing Greyjoy harlot’ for the next two hours,” said Katie Williams who reportedly asked off work so she could have a chill evening for once.

“He kept screaming about how biased the game was against House Tyrell and that everybody was conspiring against him, and all I could think was how if this were the Applebee’s I work at, I could have had him thrown out by now,” she told reporters while Daniels pranced around the room yelling to anyone within earshot about his gifted abilities at the very boardgames he had been disparaging all night.

“‘I’m in last place, stop trying to fuck me!’ he screamed all game. Until he wasn’t.”

“It definitely took a little getting used to, but in the end I think we had a lot of fun, right guys?” he added.