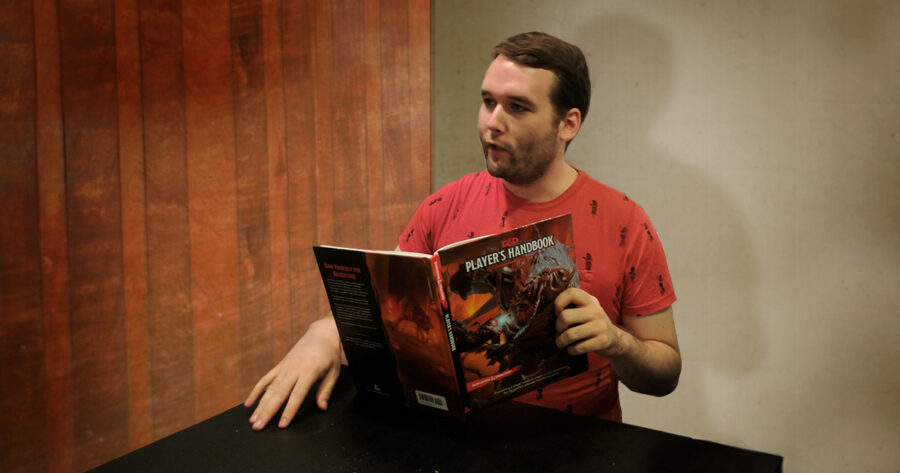 BINGHAMTON, N.Y. — Zack Borman and a few of his friends were able to set aside a few hours, after months of scheduling conflicts and last-minute dropouts, to talk about how they’d all like to play Dungeons and Dragons at some point in the future, according to close sources.

“It’s something I’ve wanted to do for a while,” said Borman.  “I see a lot of people online talk about Dungeons and Dragons, and every time I tell myself, ‘that’s a game I’d love to talk to my friends about playing if we could ever all get together.’”

According to those close to the group, preparations for the conversation have reportedly been underway for weeks. Borman has been busy getting materials together, queuing up clips of Dan Harmon’s “Harmonquest,” and reading through the top posts of the D&D subreddit—trying to wrap his head around the complicated world of deciding to play Dungeons and Dragons.

Sources confirm he has even thought about surprising his friends with an anecdote he heard from a friend who played once in college.

“I’m excited to be the Dungeon Master for the group’s scheduling conversation campaign,” Borman continued. “Do I suggest we play through an existing campaign? Do I throw out the idea of writing a custom campaign once I’ve read a little more about the rules? There really aren’t any boundaries on where this thing can go and I’m curious to see how my friends will work together to navigate the unknown territories of figuring out when we are all available.”

The conversation is tentatively set for this Sunday afternoon around 4:00pm, but will likely have to be pushed back depending on when Justin is able to leave his cousin’s birthday party. Rumors are circulating that Gary might even bring this girl he’s been seeing, who’s not super into this kind of stuff, but she’s cool and the guys will really like her.

At press time, a member of the group had purchased a d20 but did not realize the need for other types of dice.