Dungeon Master’s Campaign Clearly Allegory for His Recent Break Up 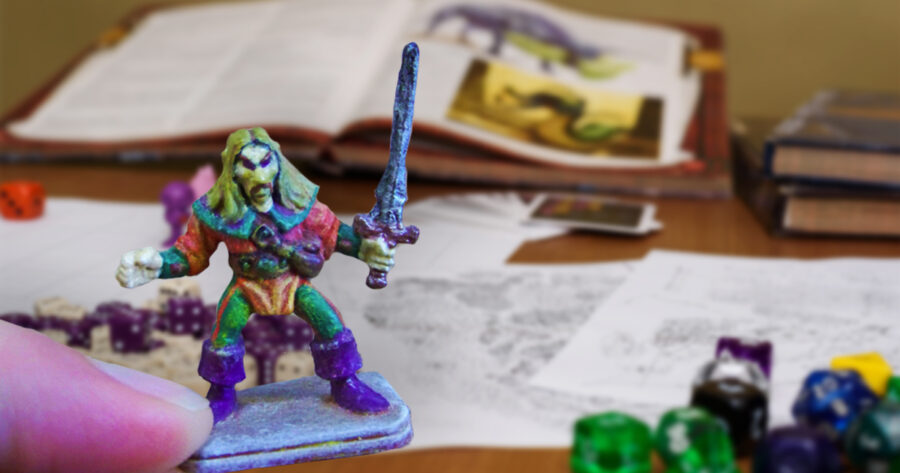 PHOENIX — Dave Reynolds, Dungeon Master & Assistant Deli Manager, recently endured the end of his first major relationship and players at his local Dungeons and Dragons game report that his new campaign is a poor allegory of said relationship.

“We thought it was just going to be a normal game at first,” said John Walkinson, level 30 Barbarian. “We heard there were orcs nearby, pretty standard, but the only evil thing they’ve done is work part-time while we’ve been working full-time. That stood out, since Dave didn’t really explain the orc economy, and also because it’s exactly what he said about his ex.”

“I mean, look, the orcs thing was weird but the town guards attacking us because we didn’t spend enough time cleaning up the village didn’t even make sense with the established lore,” Wilkinson added.

As the adventurers progressed to the final boss, they realized she was very familiar.

“So we get out of town, we find an abandoned castle, we wake up a Lich, and guess what the Lich is mad about?” asked Walkinson.

“We stayed out too late. That’s what the ancient, all-powerful Lich, Kah-Ren, is mad about. I mean, I was right there, you know?” said Karen McCoy, level 29 Cleric and Dave’s ex. “Also, yeah, the evil boss figurine was literally named Kah-Ren.”

“It was weird how the Lich had the same hair as me and was exactly my height. I think when Dave wrote this campaign he didn’t expect me to be playing, but he forgot we have mutual friends. What else am I supposed to do every Tuesday?” McCoy added.

The endgame continued to expose the fragility of handing absolute power to a grieving, generally powerless person, as the party’s Bard was immediately killed by a falling boulder after successfully charming Kah-Ren, the Lich. The Bard declined to comment on this story, only stating they intended to return to the group once Dave “got his shit together.”

“When we beat Kah-Ren, Dave started crying and thanking us,” said Walkinson, while rolling stats for a new character to play with a different group of friends.

”I hope it was cathartic for him. I get it. When work sucks, I fire up ‘The Sims’, create a character that looks exactly like my boss, and lock them in a windowless room until he either starves or shits himself to death,” he concluded.

“Just be normal and do that on your own time.”