DEAL ALERT: This Dumb Grieving Mother Is Selling Her Deceased Son’s Pokémon Cards for Like Barely Anything 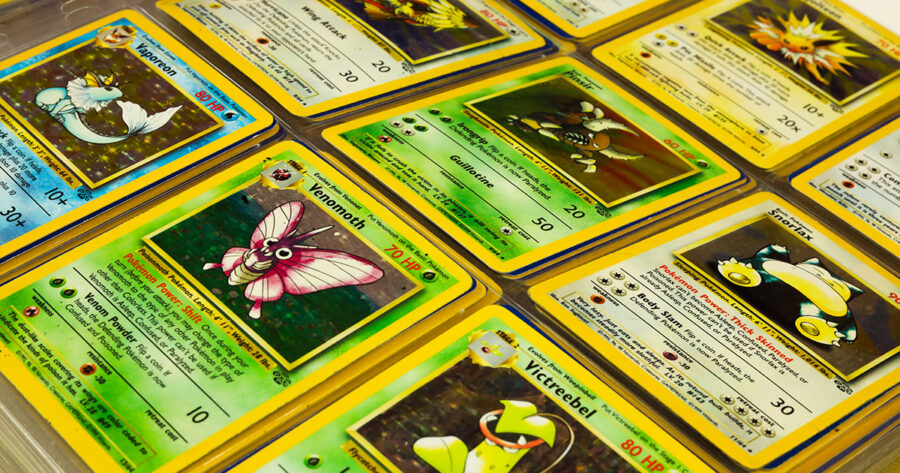 Oh shit Pokémon fans, we have the deal of the century for you! If you’re looking for some sick cards on the cheapo, local grieving mother and complete buffoon Liza Martinson has put her recently departed son’s Pokémon cards on sale for literal pennies!!

Just look at the announcement on her listing, because oh man are we rubbing our hands together in delight: “It’s been 2 months and 15 days since our baby boy Tommy passed away, and we decided it was finally time to part with his belongings. He loved the Pokémons and so we always caved and bought him packs. I was hoping the cards could make other children happy, just like Tommy was when he played with them, but instead all these middle-aged guys with binders and magnifying glasses showed up.”

RIP? More like RIP UP your old cards, because they’re a pile of crap compared to some of the deals available at the Martinson home! We reached out to some expert Pokémon card collectors for the inside scoop on just how good a deal this is.

“Yeah, I heard about the situation here and I knew I just had to clock out early and make my way over. This is the ideal scenario for any card collector out there,” said Damien Hemmings, 33, aka LickilickyBoomBoom. “Some little twerp dies and his idiot mother doesn’t know what a PSA 10 Shadow Rider Calyrex Vmax Alternate Full Art from Chilling Reign goes for nowadays — that’s when I swoop in to steal the card for pennies! It’s like taking candy from a baby, except the candy is Pokémon cards and the baby is a broken down woman on the verge of tears,” laughed Hemmings.

“If Tommy was a real Pokémon fan, this is what he would have wanted,” Hemmings added. “I think of it as a gift to the community.”

But I guess you can’t have a good thing without a few haters. Despite the Snorlax-sized amount of dope cards at our fingertips, some losers have taken to the listing’s comments to complain about the situation just because it’s a result of a tragic death.

“Hell yeah I’m pissed off! This woman thinks that just because her son dies, she can come and steal all my customers,” wrote local card shop owner Brendan Taggert in the comment section. “Who does she think she is? Now she’s selling Hidden Fates packs at retail price, instead of jacking up the prices tenfold. I don’t think anyone in the city has been impacted by the death of this kid like I have.”

Oh well! Make sure to run to Martinson’s page to get all these hot Pokémon card deals while you can, and while you’re there, I guess if you’re a weirdo, check out her son’s Digimon card collection too — which she’s pretty much giving away for free and no one has even tried to bid on it yet.