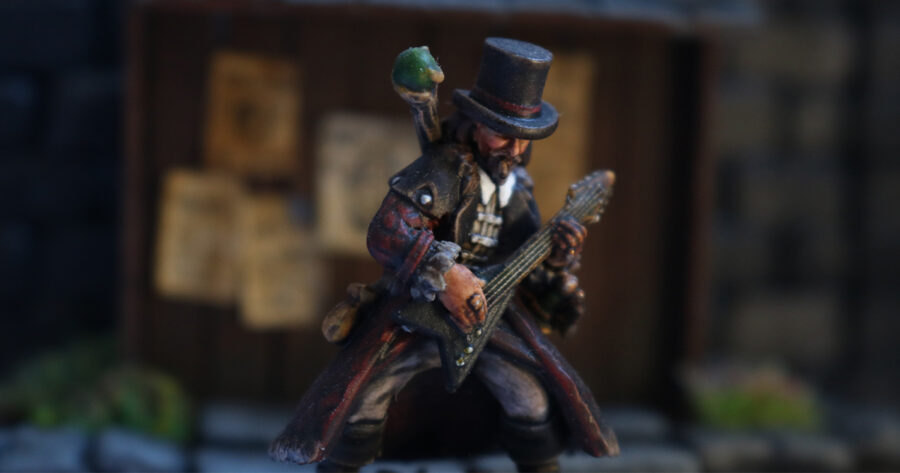 MADISON, Wisc. — The events of a local Dungeons & Dragons game have falsely duped a local player into thinking musicians have charisma in the real world, sources have confirmed.

“I feel so bad for Jerry,” said local dungeon master Travis Niles, referring to his friend Jerry Bohannon, who began playing a bard character several weeks ago  “Suddenly he thinks that everyone likes to have a musician around now just because his party’s been doing okay. Lucky rolls are one thing, but I don’t think he’s nearly charismatic enough to tell people about his upcoming show and have them care. Sorry, Jerry. Musicians in real life don’t even have close to that much sex.”

Despite the warnings from others, Bohannon remains oblivious to the disparity between charisma levels of role-playing and real-life musicians.

“I’ve been taking the things I’ve learned about life in our weekly game and applying them to the outside world,” said Bohannon, woefully unaware of how grating most find his presence. “For example, after successfully getting our party out of harm’s way by distracting some guards with a song, I thought the same trick might help me get out of paying the check during a recent dinner date I was on. Needless to say, it didn’t work out all and there will be no second date.”

“She had to pay for everything,” he added. “I’m just a broke musician.”

Bohannon’s parents spoke to the media earlier today, claiming that Dungeons & Dragons had the exact effect on their son they’d worried it would.

“I remember when that game became popular in the ’80s, I was so glad my boy wasn’t involved in anything like that,” said Sue Bohannon, Jerry’s mother. “But to hear all these years later that he’s not only playing it, but that it’s warped his mind so horribly, to the point that he thinks that people want to hear about what bands and albums he thinks are overrated. Why, it’s enough to make me think I did something wrong as a parent, frankly.”

As of press time, Bohannon’s friends had switched which night they meet up to play D&D without telling him.