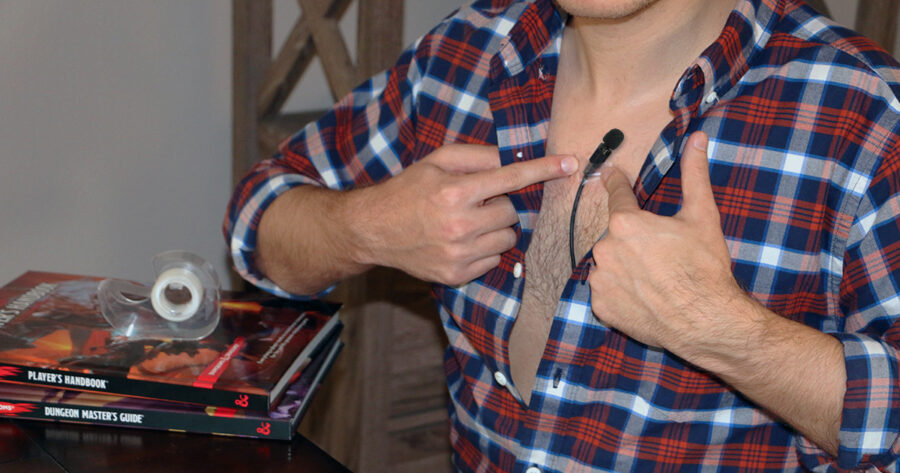 BROOKLYN —  Local Dungeon Master Brian Goldberg’s most recent Dungeons and Dragons session ended in controversy yesterday, after the 26-year-old was caught wearing a wire to the game, following his friends’ insistence that they would not start a podcast.

“I just wanted to record our adventures, amass a legion of fans, start a Patreon, become immensely wealthy, and finally quit my job at Home Depot,” said Goldberg, shortly after being found out by his friends. “But when I told everyone that, they said they just wanted to have fun! I was like, ‘Are you insane?’”

Goldberg stated that he knew he’d have to get creative if he wanted to realize his dream of starting a podcast that was exactly like Critical Role, except starring different people. His plan to covertly record his friends via a microphone hidden beneath his shirt found initial success before becoming fairly obvious, several players reported.

“When Brian started DMing, it seemed like your average quest to a lost city of eldritch horrors,” said party member David Link, otherwise known as the gnome barbarian Tinius Maximus. “Then we met a traveller with ears for nipples who demanded we speak directly into his chest and we knew something was up.”

However, it wasn’t until a later encounter that Goldberg’s friends finally realized the full truth, ripping his shirt off his body and exposing the tape recorder taped to his chest. Offended by the betrayal of trust, the group stormed out, vowing never to return.

“In hindsight, I may have pushed it too far when I introduced the dark wizard who kept shouting out MeUndies,” said Goldberg. “But what was I supposed to do, a deal is a deal!”

At press time, Goldberg was seen editing out the moment that his friends all left the table from the upcoming first episode of his podcast.