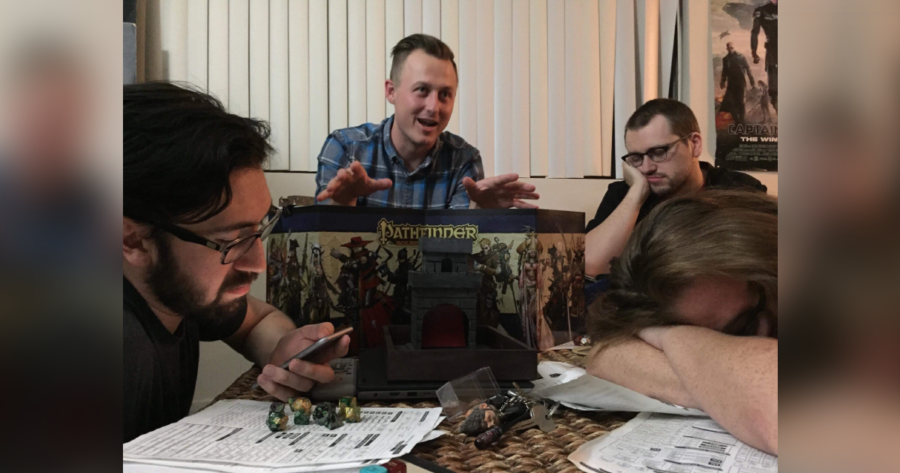 NEW YORK — On a hunch inspired by a very scatterbrained verbal description of the dungeon chamber the party had just entered, sources say that local Dungeons & Dragons party member Tom Sciortino rolled a perception check to see if his Dungeon Master Sean Clarke knew what the fuck he was even doing.

“Wait, so is the giant ornate copper door on the east wall or the west wall?” asked Sciortino, attempting to clarify Clarke’s confusing description of the room which had raised suspicion that something else was going on beyond what was being said. “And were the echoing sounds of footsteps to the south or the north? Actually, you know what, could you just draw it out on a piece of paper?”

After several more question-and-answer exchanges that had left him more suspicious than when he began, Sciortino reportedly declared his intention to figure out what was really going on.

“Alright, I’d like to investigate if you know what the fuck you’re doing,” said Sciortino, preemptively grabbing his d20.

However, despite Sciortino rolling a respectable 14, Clarke provided no new information related to the inquiry and instead continued to sketch out the dungeon after shooting an insulted glance at the player.

Despite the inconclusive perception check, sources say Sciortino remained suspicious that some hidden truth about the DM’s talents were being intentionally withheld from him from behind Clarke’s impenetrable Dungeon Master’s Screen on the tabletop.