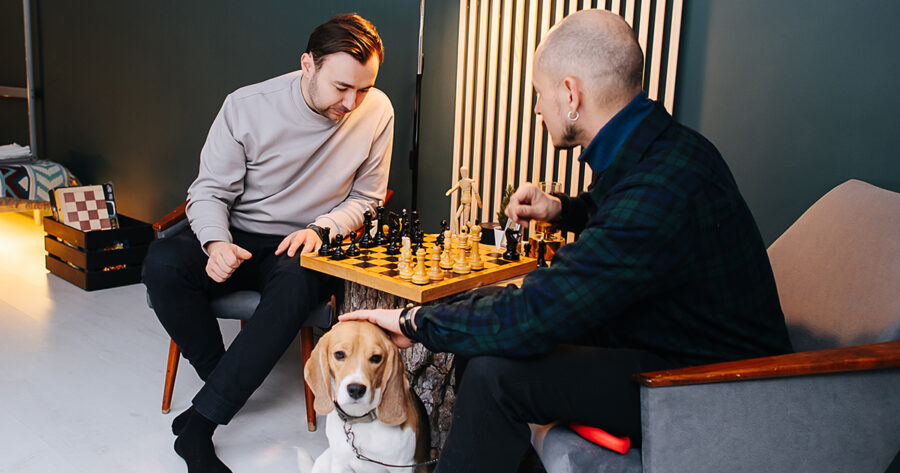 GRAND RAPIDS, Mich. — In a major blow that took place just seconds into one of his first casual games, chess player Ezra Kelly was taken aback after seeing his opponent’s bishop zip across the chessboard outta fuckin’ nowhere to unexpectedly take his rook.

“There I was, thinking I had all the time in the world,” said Kelly, recalling his harrowing experience with an unmistakable glint of regret and terror in his eyes. “Then suddenly, bam! The bishop just fuckin’ sprints his ass across the board and wrecks my rook like it’s nothing. Jesus Christ, like a bat outta hell, that thing.”

“I’ll be real with you,” Kelly continued, quieting his voice just so. “I didn’t even realize those motherfuckers could move more than one space at a time. Say what you want about checkers, but you don’t gotta learn six different character movesets to play that shit. That’s called accessibility. Maybe we should talk to the prick who invented chess and give that dude some notes.”

Kelly went on to offer a play-by-play of the match that ensued, confirming that he was shocked and bewildered by many basic aspects of beginner chess play.

“I gotta say, even after that fucked-up bishop blunder, I really thought I had my buddy’s back against the wall,” said Kelly, who mumbled various scenarios under his breath before each move, but failed to predict even once what would actually happen. “Then she pulled this jiu-jitsu shit where her rook and her king swapped places??? What in God’s name was that? Flipped the whole game upside down, bro.”

Kelly’s opponent, Abby Prabhakar, noted that the match was slowed down considerably by Kelly’s specious objections to the rules.

“He kept saying ‘aw damn, you can do that?’ after pretty much every move I made,” Prabhakar shared while counting her winnings after five consecutive victories. “And he kept getting, like, irrationally angry at the knight? Which he kept calling ‘the sneaky horse asshole?’ I don’t deny that the knight is a crafty bastard, but that’s just not a productive way to channel your energy. I gotta start playing with people who actually know the rules to Chess.”

At press time, Kelly spat his drink out when Prabhakar’s pawn travelled to the eighth rank and was promoted to queen.